The 38 Prairiland Betas traveled to the Gaylord Opryland Resort and Convention Center, where they competed against the Top 3 acts and winners in all areas from public, private, and magnet schools throughout the nation.

They brought back 6 national titles to Northeast Texas. The national show champions are listed below: 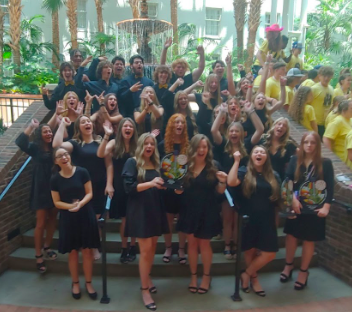 Overall our convention was an amazing success. The same kids that are in Show Choir had won Group Talent at state and competed in the Group Talent National Contest. Addison Brown and Grant Jordan who won Solo, Duo, Trio Talent Contest at state competed at nationals as well. Hannah Miles who won The Texas President seat ran for national office. Juliann Hamill, who won 2nd in Language Arts, tested at nationals.  Ella Gilbert who won 3rd in Pencil Drawing at state, Libby Stowell who won 3rd in Photography, and Randee Maull who won 1st in Division I Mixed Media all entered their exhibit pieces to be judged at nationals as well.

The high school sponsors that journeyed and coached the kids on this national adventure include Shawonna Rhoades, Dustin May, Crystal Folse, Vickie Chapman, Lance Westbrook, Misty Smith, Caitlyn Folse, and Nathanial Bush. Prairiland Beta Club is supported whole-heartedly by their administration, community, parents, and school board through long practices, glitter, and all. We are successful because they back this club and let our Beta kids talent flourish. 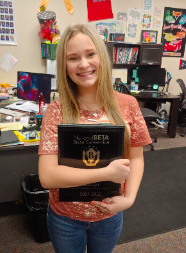 Paris District Road Report for May 9,...