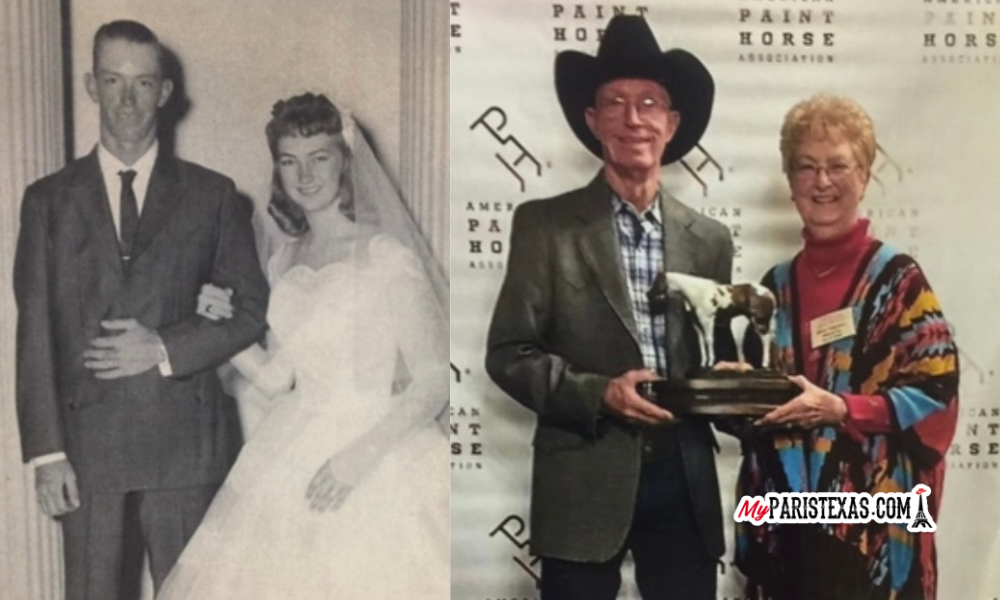 J.O. “Bo” Creighton and Thelda “Whiz” Lee were married on June 1, 1961, at Ackerly Church of Christ in Ackerly, Texas, Dawson County. Bo is a 1959 graduate of Borden County High School and Whiz is a 1961 graduate of Lamesa High School.

They lived, farmed and ranched in Borden County for thirteen years until they purchased a ranch 10 miles South of Paris, Texas, where they have lived the last 47 years. They attend the College Church of Christ in Paris and the Aspermont Church of Christ while at their ranch in Stonewall County.

Bo has been active in the community over the years, served as president on the Delmar and Chisum School Boards many years. Also, Jr. Livestock show, Farm Bureau, N.R.C.S., ASCS programs, American Paint Horse Association, Charolais & Angus Assn. Bo & Whiz have participated in all school activities their children were involved in including FFA, FHA, Basketball & 4-H. They have received many awards for their contributions. They also owned & operated High String Bluegrass Building with Pat Conrad & Hugh Jones for 14 years. In their semi-retirement, Bo is still continuing his lifetime ambition of raising good Angus cattle and good Paint horses.

There will be a reception, given by their children, honoring the couple on their sixtieth wedding anniversary and for Bo’s eightieth Birthday, 2-4 p.m. on June 6, 2021, at Biardstown Community Center, Paris, Texas. Everyone is welcome, if you can’t attend, please send a memory. We want to thank family and friends for making these 60 years so special.