Early Wednesday evening, Paris Main Street demonstrated a new lighting system at the downtown plaza featuring color-changing lights. As council already approved the lighting update for downtown, the system is expected to be about 90 percent installed by the end of September. This new, soon-to-be installed, LED lighting system will benefit downtown not only every day, but holidays too, as the lights can be programmed to fit each holiday, season, and more. 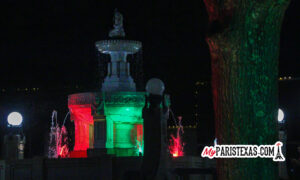 During the demonstration, they displayed how the system could be changed to even show support of local, Lamar County schools.

“We have known for a long time that something needed to be done,” Paris Main Street Coordinator Cheri Bedford said about the need for an upgraded lighting system at the square. “We have done some lighting in different forms or fashions, including wrapping the trees and mood lighting in the upper branches, but this has not worked out for various reasons.

This is a superior product in that it is recessed to eliminate squirrels chewing the wires, recessed for easier mowing, and color-changing to be useful during holidays and to add to the aesthetics of the plaza.”

Bedford said the upgrade has been needed for quite some time and was given ideas when previously talking with a landscape architect a few months back.

“I mentioned how dark it was on the plaza and some of the challenges we had faced,” she said. “He gave me a few ideas of different products some other cities were using.”

One of Paris Main Street’s board members, Kari and Josiah Daniel, began researching company contacts, then the organization began getting final estimates.

“We are really excited about how the lighting will have endless possibilities for color changing,” she said.

Paris’ downtown plaza will feature four, recessed canister lights around each large tree, all three tiers of Culbertson fountain will have lighting and there will also be two bollards with lighting on each sidewalk leading to the fountain. 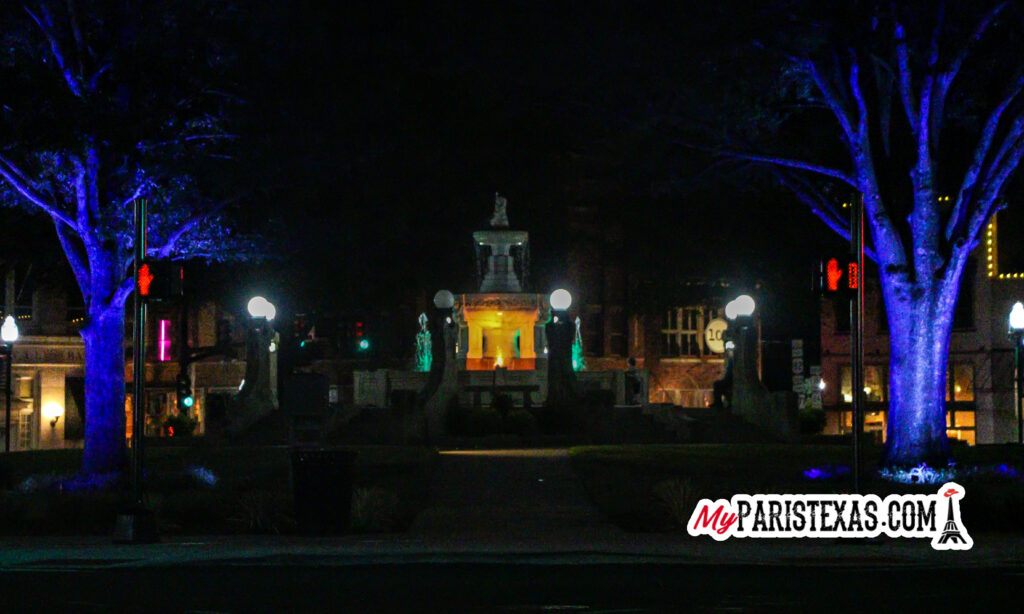 CitySquare Paris ready to serve those in need...

Cox Field to soon see its own Eiffel...