More pictures of a mountain lion have been captured in Bethel, Oklahoma, on Oct. 4 – presumed to be the same one spotted in both Bethel and Hobonia. 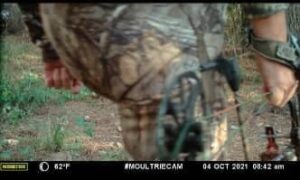 The game camera capture these photos just after an archery hunter left his stand with the mountain lion following in behind just eight minutes later. 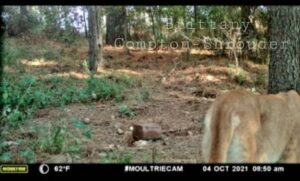 According to Brittany Compton Shrouder, the person who provided the photos, the camera that captured the pictures was on a buddy stand. The buddy stand is where her 8-year-old daughter sits. She said her dad has hunted the area for decades and has never seen nor captured a mountain lion on his game camera. 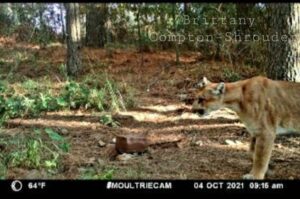 Ladonia murder suspect added to the Texas 10 Most Wanted List, crime stoppers offering up to $7,500 for info

Mountain lion caught on camera north of Broken Bow, another possibly the same spotted 13 miles away

This Thanksgiving, Don’t Give Your Pet The Bird!

FIGHTING FIRE WITH FIRE: How one local...