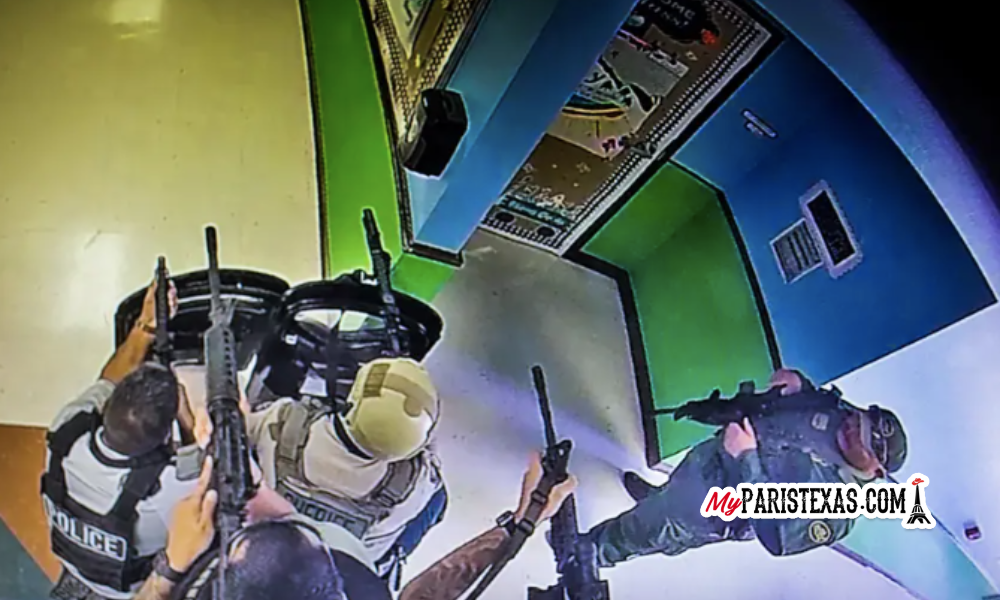 State Rep. Dustin Burrows will lead a private briefing for victims’ families in Uvalde on Sunday morning, allowing them to see the hallway video from a Robb Elementary School surveillance camera and discuss the committee’s preliminary report. Later, the footage will be released for anyone to watch.

Burrows, a Lubbock Republican and the committee’s chair, said Tuesday that “we feel strongly that members of the Uvalde community should have the opportunity to see the video and hear from us before they are made public.”

Burrows will lead a private briefing for victims’ families in Uvalde on Sunday morning, allowing them to see the hallway video from a Robb Elementary School surveillance camera and discuss the committee’s preliminary report.

In the afternoon, the committee will release the video and report to the public and answer questions from reporters. It is making the video footage public over the objection of the Uvalde County district attorney, who had instructed the Department of Public Safety not to provide the video to the committee.

Their report will be the second investigation into the law enforcement response of the shooting to be made public. Last week, the Advanced Law Enforcement Rapid Response Training Center, located at Texas State University in San Marcos, released its comprehensive account of police tactics during the shooting.

The Texas Tribune in June reviewed the hallway surveillance video, the only known footage capturing what happened in the hallway outside where a gunman killed 19 students and two teachers. It depicts police arriving to the scene quickly and approaching two classrooms where the gunman, an 18-year-old Uvalde resident, was shooting. The officers retreat after being fired on and do not return for more than an hour, when several breach one of the classrooms and kill the gunman.

Since the May 24 shooting, community members have repeatedly pressed officials for details about what happened. Those calls intensified after Gov. Greg Abbott and Department of Public Safety officials initially made several inaccurate statements about the police response. The governor and DPS director Steve McCraw have since said that video footage from the school surveillance cameras should be released publicly.

Photo: Video footage recorded inside Robb Elementary School in Uvalde at 12:04 p.m. on May 24. Authorities stormed the classroom at 12:50 p.m.

BY ZACH DESPART with Texas Tribune.