Paris man charged with aggravated sexual assault of a child 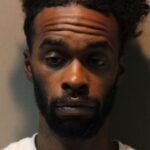 Over the weekend, Alexander Charles Waddle, of Paris, was arrested on a warrant charging him with aggravated sexual assault of a child, stemming from an October investigation according to Paris Police Department.

According to police, 30-year-old Waddle allegedly sexually assaulted a female under the age of 17 in October.

Paris Police arrested Waddle in the 500 block of S.E. 13th Street on Nov. 5 at about 7:20 p.m., where he was also found to have an outstanding parole violation warrant.

Waddle was later transferred to Lamar County Jail, where he sits on a $100,000 bond, according to jail records.

EPA may try to block what could be...