Student resource officer became the change he wanted to see

“There’s a vision of a black man in America, a white man in America and a police officer in America. I wanted to be the difference in all of that,” Chisum Student Resource Officer Chris Palmore said.

Palmore said there’s an ideology surrounding law enforcement officers and how “‘he’s not your friend’ or ‘All Cops Are Bad.’ Or the ideology around being black, ‘He’s not a safe person to be around.’”

Palmore said he wants to be the difference, he wants people to see him as Chris, not as a police officer, and not as a black man. 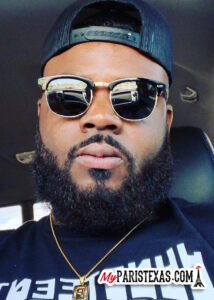 Palmore said his stepdad, the Reverend JWT Spies, had a significant impact on his life and his career choice. As they moved from Chicago, Indiana, Houston, Midland, all around, his dad taught him everything he knows.

Additionally, Palmore said his mother has supported every decision he has ever made.

“She has been my go-to person when I needed to talk at times,” Palmore said.

For whatever profession anyone chooses, Palmore said their heart must be in the job – not their mind or pockets.

“You can have a mind for any job,” he said. “People have a mind for business all the time, but when it gets hard, people tend to quit, and people quit because their heart’s not in it.

“I love these kids, and I love these people. If my heart ever leaves it, I’ll leave it. If your heart’s not in it, you could hurt people or you could end up getting hurt, especially in this job.”

How he became an officer

“After I finished speaking, (former-Police Chief Bob) Hundley asked if I was ever interested in a job in Law Enforcement,” he said. “At the time, I didn’t want anything to do with it. I wasn’t a fan of police growing up.”

Growing up for Palmore, it was normal to not appreciate police officers, “whether I was doing something good or not.”

Believing Hundley talked to his dad, Palmore said he was pressured by his dad and finally talked to his now-wife, Britney, about pursuing a career in law enforcement. 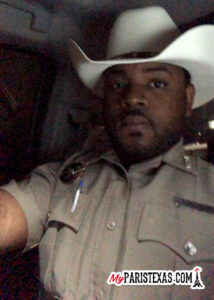 After going through the police academy, Palmore hit the streets of Paris for a handful of months and failed out.

“I didn’t know my way around Paris well enough,” Palmore said. “That’s an officer safety issue. If you don’t know where they are, you won’t be able to get there and help.”

After failing out of working with Paris police, Palmore wanted nothing to do with law enforcement. However, Sheriff Scott Cass talked Palmore into working at the sheriff’s office as he had originally applied to work at another prison. Palmore worked as a detention officer for a brief time.

“I kid you not, Cass kept me in there for just a little time,” he said. “He pretty much told me ‘hey man. You’re going to the streets. This is what you need to do.’”

Palmore worked with the Lamar County Sheriff’s Office for about 5 to 6 years. Working at the sheriff’s office for some time, he said he’s a believer in community relations.

“I was big on getting out and talking with people,” he said. “You know, doing my best to let my face be seen. Some people have that vision of, ‘oh. He’s a cop. Don’t talk to him.’ But I want to be that cop that people are willing to come to and talk to even if it’s not about a crime. If they’re having a bad day, come talk to me.”

He said he would have never gotten into law enforcement had it not been for Britney.

“If it wasn’t for her pushing me, as my dad was pushing me, I wouldn’t be here,” he said “She seen me come home tore up after calls or after seeing certain stuff and would say, ‘it’s going to be all right. It’s going to be OK.’ Having people with hearts – that genuine love – it changes everything.”

In 2017, Palmore accepted the job as Student Resource Officer with Chisum ISD.

“I am here to protect these students and the staff,” he said. “That’s what I’m going to do, but I also feel like I’m here to change hearts and minds about people like me.”

When putting on the vest and uniform, Palmore shows the students what the world is telling them is not true.

“Cops are good. African Americans are good people,” he said. “I show them a difference. I show them that as a black man, I am caring, I am loving. I’m not this aggressive being that the media has made us out to be.

“And as a cop, I’m not here to always get you into trouble. I’m not out here shooting and killing people. I’m here to show you a better way of life, cause if I can change it now you can be a better human being as you get older.”

Palmore’s favorite part of the job is the various people he gets to interact with, whether it’s students, teachers or everyday civilians. He said he learns something new from several people daily.

“I love talking to people. You get something different from someone every day,” he said. “You get to know these people, and they become family. Especially here at the school. On a broader spectrum, it’s still talking to people, but people are still different. Sometimes I’ll look up and realize I’ve already talked to about a hundred people and not one of them was the same.” 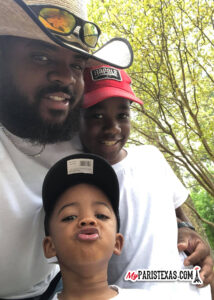 On his time off, other than playing Call of Duty and fishing with his family, Palmore donates time to the Boys and Girls Club of Paris as a coach.

“Some of those kids don’t have father figures in their lives,” he said, emphasizing ‘some.’

“I think men in the community should step up to the plates. Some of us had great dads growing up. Some of us had bad dads. But whether you had a great dad, bad dad, or no dad, you know how to be a dad to someone else. You know what it’s like to not have a dad, so don’t let them feel like that.”

The hardest part of being in law enforcement

Palmore said the hardest part of being in law enforcement is being an African American police officer.

“Before, the hardest part was that people already hated the police,” he said. “Though it wasn’t as bad as it now. When I got into this, people didn’t want anything to do with the police.”

Palmore said every institution or organization has its share of “bad apples.”

“As officers and some of these bigger guys, we gotta speak up,” he said. “And that’s what I’m going to do – speak up to what I think is an injustice, and we gotta be honest about it. We can’t sugar coat it, because that’s why people start taking the law into their own hands. If you don’t show people you care, and I mean you genuinely care, they’ll do away with you. That’s in anything – friendship, relationship, anything. You have to step up.”

With “everything that’s going on right now,” Palmore said he understands it’s not a “black versus white thing.”

As a God-fearing man, Palmore said people can not hate a group and serve God.

“If you hate a man or feel different about them because of his skin color, it’s wrong,” he said.”Until people start walking in other people’s shoes, they’ll never know. I can never know how you feel and you’ll never know how I feel, because we’re two totally different people.”

It’s all about family 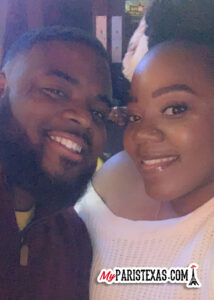 In his younger days, he was on top of the world in Florida – house service, car service, private schools – “it was beautiful.”

As a “country boy from Oklahoma,” Palmore wasn’t used to this lifestyle.

However, “life went on and we ended up living in shelters, living in attics, and everywhere,” he said. “But it never mattered to me because I have a family.

“I’ve been at the very bottom with my family and I think that’s why I’m so passionate about people,” he said.

Even though Palmore said, God was “whooping our butt, he never stopped blessing us.

“I may have slept on the curb, I may have slept in the shelter, some attics, cars, other people’s houses, he still took care of us,” he said. “I’ll tell everyone this until I’m blue in the face – I’ll give all this up. I’ll give up my career, I’ll give up everything, but as long as I still have my family, I’m as blessed as I can ever be.” 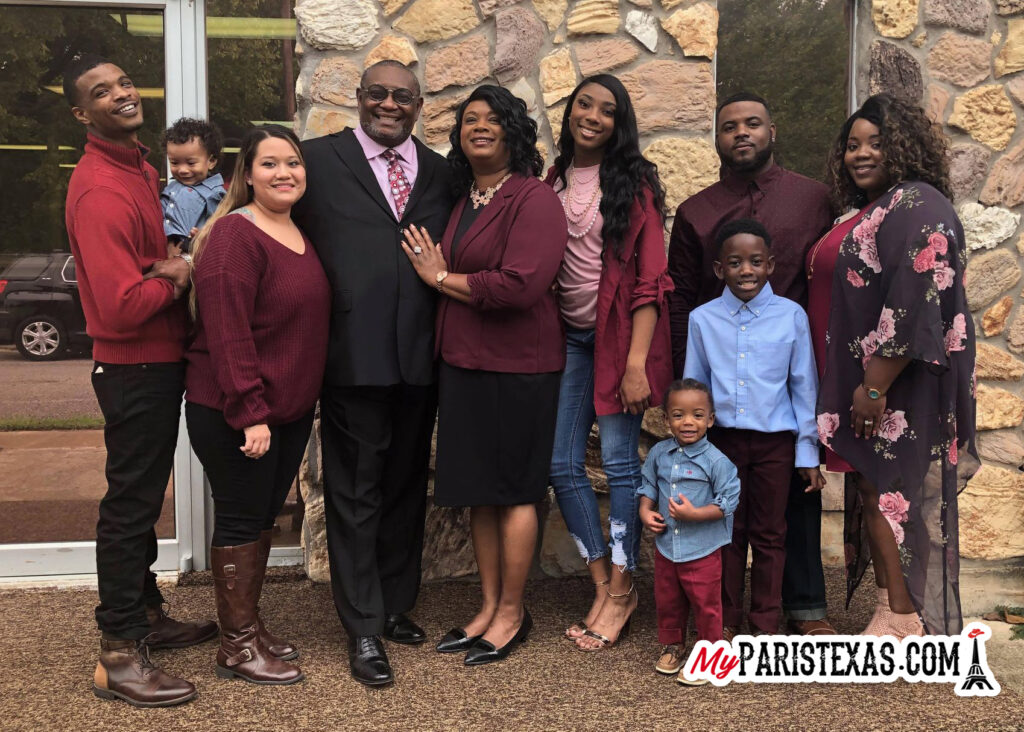