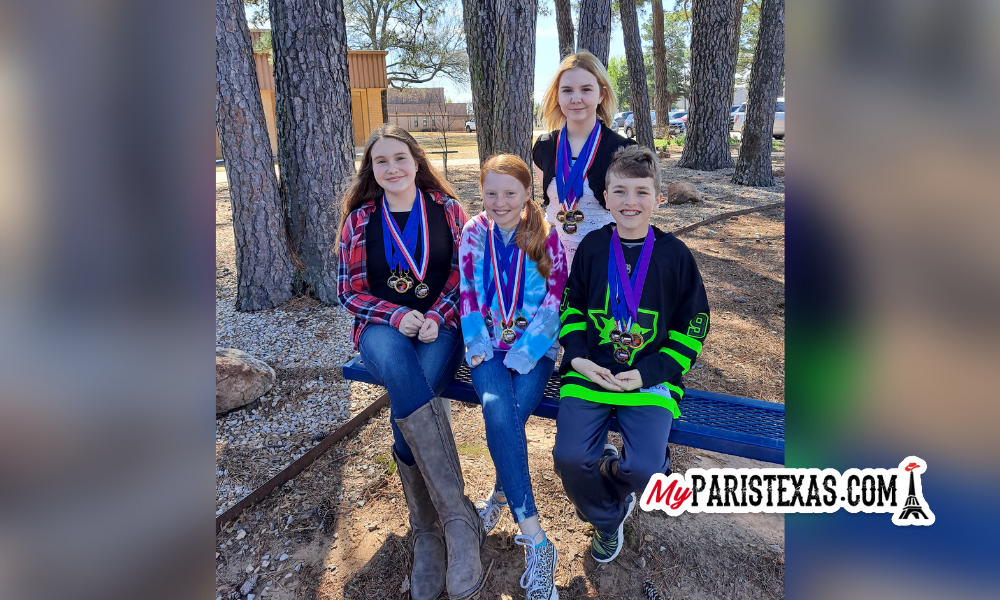 On Saturday, March 26, 2022, North Lamar’s fourth and fifth grade elementary gifted and talented students from Parker and Everett Elementaries and Bailey Intermediate School competed at the Destination Imagination state competition in Arlington, Texas.  The fifth-grade team of Callen Sheridan, Vivan Foreman, Addi Fortenberry and Rayleigh Allmon placed in the top eight teams, earning the right to compete in the global finals in Kansas City, Missouri.  Teams from around the world will compete in the various challenges.

The fifth-grade team, called The Chosen Ones, competed in the service project category.  Their project consisted of partnering with the Paris Horizon House, collecting hygiene products that the shelter provides for the people that stay there.  The project forecast included lengthening the time that items are to be collected and an overall goal of 725 items for 2022-23, based on the trend analysis.  Students then had to write and perform a science fiction skit to present their project.

The fifth-grade team is taught by Christi Coe.