The Northeast Texas Paranormal Society has investigated things that go bump in the night for more than 12 years, including Paris and its surrounding area.

Sheila Gay, a paranormal investigator with NETPS, said the organization works on both, private and public investigations. 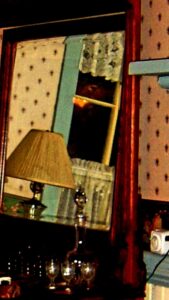 “This was a private investigation,” Gay said, “and it looks like something in the window.”

They have investigated numerous locations in Paris – Paris Community Theatre, The Wise House and many other locations around Paris’ downtown square.

The NETPS typically does private investigations to help others “who believe they have a true haunting.”

“We enjoy helping people who believe they have frightening hauntings understand more about paranormal activity, and that it is often a very friendly spirit trying to get a message across,” Gay said.

Though the organization helps people understand more about paranormal activity, the group has investigated its fair share of strange cases. One of which was conducted in Clarksville and Gay said it was one of their strangest investigations. 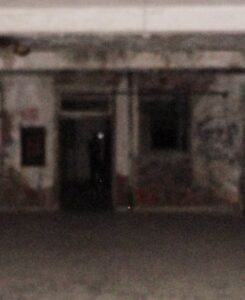 “This was Waverly Hills,” Gay said. “No one else was in the room and it looks like a shadow person with a light source near the head.”

“We had one of our team members at the time not able to open the door when she was in the house alone,” Gay said. “We experienced an awful smell, like sulfur, and had several members feel very agitated. We had K2 (EMF) meters going off on the floor and outdoors from a small well. The house had no electricity at the time.”

Gay said one of the organization’s members, Jason – also considered the skeptic on the team – saw a full-body apparition in his room at the Jefferson Hotel in Jefferson, Texas.

“One of the funniest stories was at a private investigation when our team member Kerby was sitting on the floor of a bedroom and saw something along the floor,” She said. “He was so startled that he climbed backward, up the bed.”

Gay said Northeast Texas Paranormal Society has investigated “some of the most haunted locations,” including the Stanley Hotel in Estes Park, Colorado with TAPS, the Villisca Axe Murder House in Iowa, the Galenas Murder Bordello in Kansas and Waverly Hills Sanatorium in Louisville, Kentucky. The organization has also been featured in two episodes of Adventures and Romance on Amazon Prime.

How did Sheila Gay get involved?

“We studied paranormal over a six-month period,” she said. “We investigated places that we paid to attend before ever doing a private investigation.”

Over the years, she said, some members left and now the team consists of herself, Ruckman, Jason Justice, Lynn Brown, Lisa and Randy Mayes, Kerby Dewbre, and standby members. 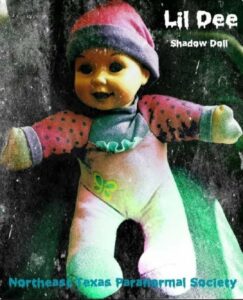 Lil Dee is a shadow doll Northeast Texas Paranormal Society uses to catch the slightest of movements nearby.

NETPS is a part of History Haunts and Legends in Jefferson, Texas, where they investigate with groups of people at “known-haunted locations.” In doing so, the organization shows people how investigations are done, “and hopefully get some unusual activity.”

Man behind bars after a Paris shooting leaves...

If you trust the predictions of persimmons,...