The last surviving dreadnought battleship which served in both World War I and World War II, Battleship Texas made its way to through the Houston Ship Channel to a Galveston shipyard for $35 million in needed repairs. 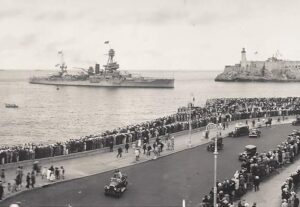 Battleship Texas on April 20, 1948, where she entered what was expected to be her permanent home across from the San Jacinto monument.

The 110-year-old ship has needed to repair issues which has lead workers to pump out about 2,000 gallons of water per minute. It was successfully towed to the shipyard on Wednesday, and the Battleship Texas Foundation President Tony Gregory said there were no issues during the transport.

Originally having been stationed at the San Jacinto Battleground State Historic Site, about 40 miles from the shipyard it is at now, Battleship Texas is expected to be re-homed in a new Texas location once repairs have been made. 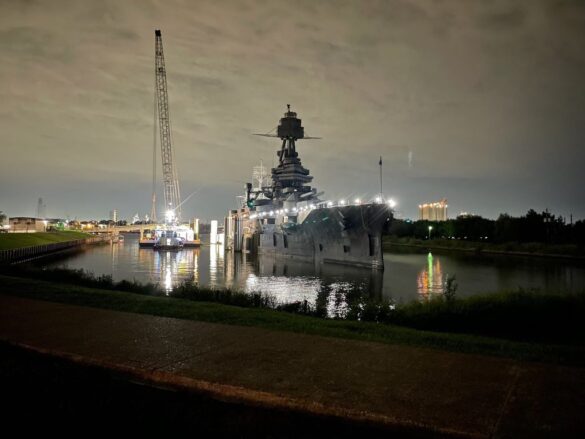 This morning the Battleship Texas left the San Jacinto Battleground State Historic Site & headed to Galveston. Troopers were honored to be there for her send-off (Source: https://bit.ly/3RIy5CQ ) 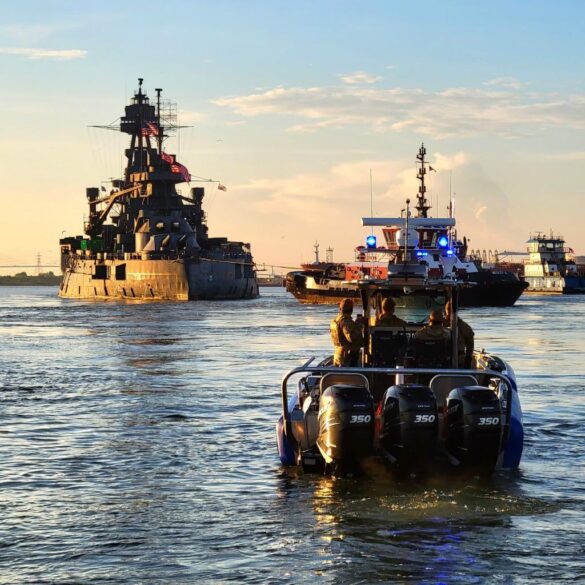 The Battleship Texas, the 1910 vessel that took part in both World War I and II, is being towed from the San Jacinto Battleground to Galveston for its new home. Our maritime tactical operation section providing security escort! (source: Major Rolf Nelson https://bit.ly/3x8gLzD ) 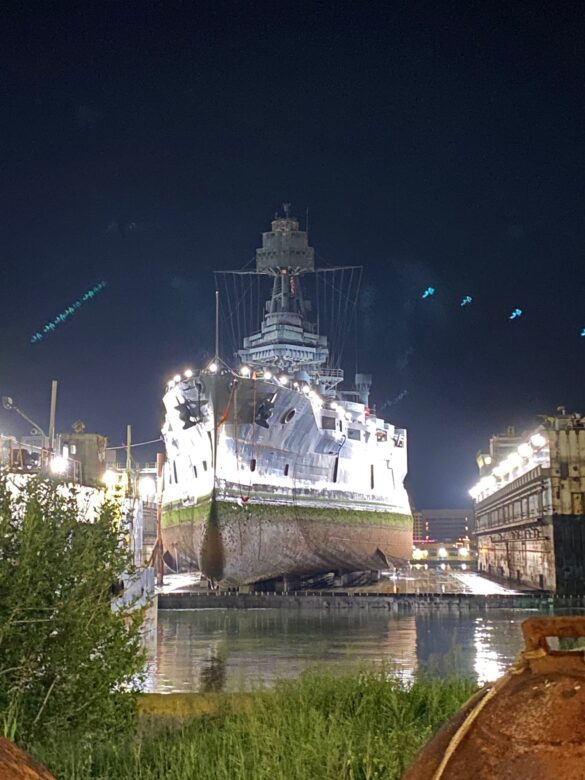