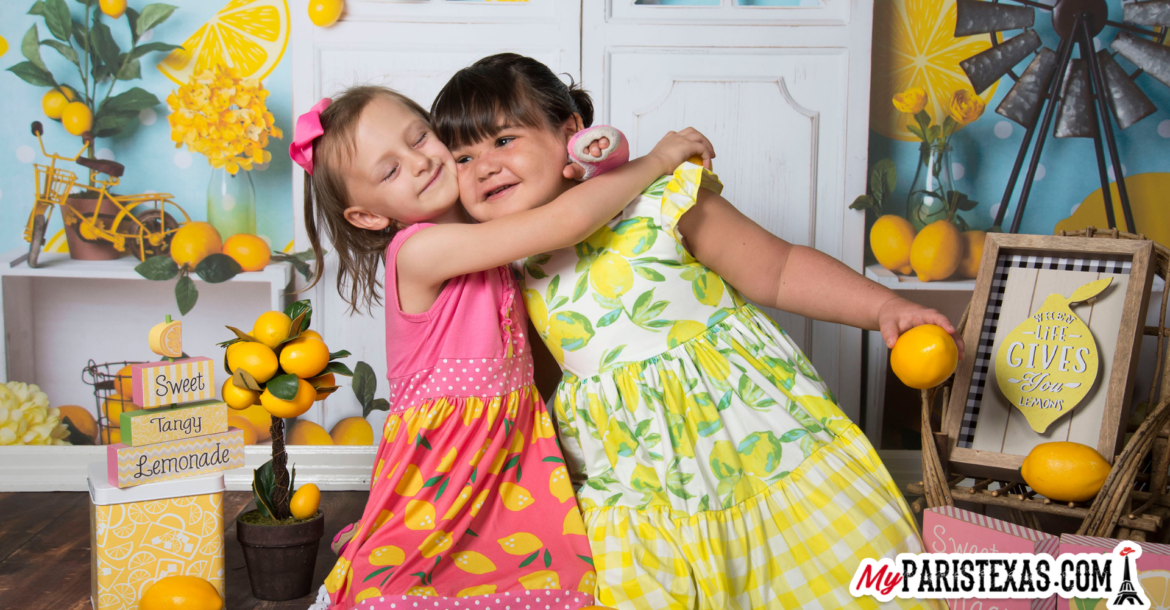 Sierra Faulkner and Madi Hallford are childhood cancer survivors, best friends, and together they’re raising money to put an end to the disease they were able to overcome.

5-year-old Sierra and 4-year-old Madi have a bond like none other.

The girls, fondly known as the ‘Golden Girls,’ met in 2016 while being treated at the Children’s Hospital Pauline Allen Gill Center for Cancer and Blood Disorders in Dallas.

As fate would have it, the families quickly discovered they lived less than 10-minutes away from each other, and from that moment on, the girls were inseparable.

In June 2019, Sierra was declared two-years NED (no evidence of disease), and in October, Madi will celebrate one-year off treatment. Note: Their doctors won’t say “cancer-free” until after five years.

However, the side effects of cancer haven’t slowed down the now kindergartner, who is currently being homeschooled.

“She [Sierra] also receives services from Kristy Blackshear who is a teacher for the visually impaired and Blake Chadwick who helps with orientation and mobility,” said Kaylee.

This year, Madi started PreK at the Episcopal Day School and participates in dance and gymnastics.

“She [Madie] has been doing well besides some side effects from her treatments which were to be expected,” said her mom Taryn, “she has had some recurring sinus, adenoid and eustachian tube issues that might require surgery but for now we are just monitoring it.’

Taryn said Madi would continue to go for monthly count checks to make sure leukemia has not returned and after October this year, the visits will be every other month.

While individually the Golden Girls continue to defy all odds, together they’re preparing for their 3rd Annual Lemonade Stand fundraiser.

“Last year the girls raised over $12,000 for childhood cancer research and this year they’ll be doing it again with donations going to Children’s Health Dallas Cancer Research,” said Kaylee.

September is National Childhood Cancer Awareness Month, and according to the American Childhood Cancer Organization, 15,780 children under the age of 21 in the U.S. are diagnosed with cancer every year; approximately 1/4 of them will not survive the disease.

But Sierra and Madi are hoping to help put an end to childhood cancer, and they need your help.

“The girls know they’re helping others that are fighting battles they have fought,” said Taryn.

“There will also be hot dogs, tea, soda and baked goods for sale,” added Kaylee, “plus a bounce house that Hillbilly Bounce has so graciously donated.”

On Sept. 20, they will also host ‘Donuts for Dollars’ at Aaron Parker Elementary located at 98 County Rd 44112 in Powderly.

“We are so grateful to everyone who has helped both our families over the years,” said Taryn, “cancer is something you don’t think about until it comes knocking on your door.”

For more information on Sierra and Madi or their fundraisers, visit ‘Sierra & Madi’s 3rd Annual Lemonade Stand’ on Facebook.