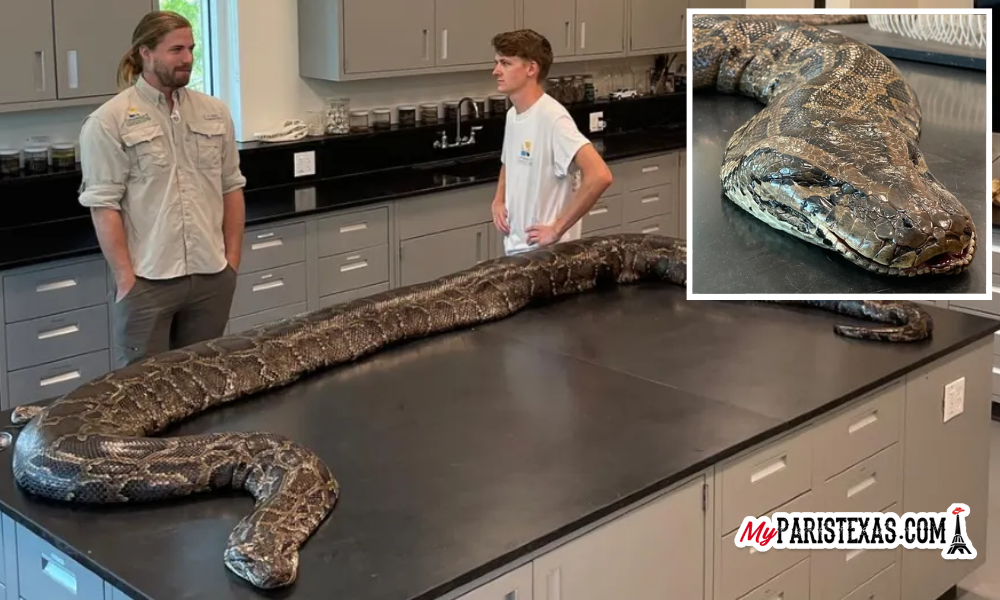 Using another python as bait, the Conservancy of Southwest Florida captured a nearly 18-foot, 215 pound Burmese python; the biggest to ever be seen in Florida.

Don’t worry — Dionysus aka Dion, who is a 12-foot-long scout snake, survived the encounter.

In December 2021, researches noticed Dion had stationed himself in one particular location near Naples and when they went to check on the scout snake, they found him coiled near a monstrous female.

After an intense wrestling match, researchers were able to capture the snake, later euthanizing it, and perform a necropsy where they found a record 122 egg “follicles” — roughly spherical structures that mature into eggs once fertilized.

Burmese pythons are considered an invasive and prohibited species in Florida, which wildlife officials say is a serious threat to Florida’s ecosystem.

“The removal of female pythons plays a critical role in disrupting the breeding cycle of these apex predators that are wreaking havoc on the Everglades ecosystem and taking food sources from other native species,” Ian Bartoszek, a wildlife biologist, and project manager for the Conservancy of Southwest Florida, told Fox35.

Each year, the Florida Fish and Wildlife Commission (FWC) hosts the Florida Python Challenge — a 10-day event in August in which registered applicants hunt for python in the effort to remove them for cash prizes.

In 2021, the FWC reported 223 pythons had been removed from the Everglades during the competition.