9/11 Day of Service and Remembrance: Commemorating the 20th Anniversary 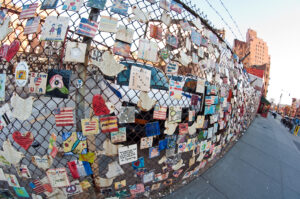 This September 11th, Americans across the nation will mark the 20th anniversary of the 9/11 attacks. To commemorate this occasion, the Red River Valley Retired & Senior Volunteer Program (RSVP) is inviting you to join us in honoring the victims and heroes of that day through acts of service that will recapture the spirit of unity that swept the nation in the wake of tragedy.

Two decades ago on September 11, 2001 many lost their lives. As Americans, we honor their spirit of sacrifice by uniting in service and volunteerism throughout our communities. We also honor the sacrifices that continue to be made by members of our armed forces and their families.

In the days, weeks, and months following the attacks, thousands of people in the United States and other nations spontaneously volunteered to help support the rescue and recovery efforts, braving both physical and emotional hardship. The events of 9/11 and the heroism of our first responders inspired countless Americans, from teenagers to senior citizens, to give back. Many of those who were inspired by the response to 9/11 continue to serve in their communities, meeting vital community needs in education, health, disaster relief, and other areas. Many others voluntarily enlisted in our armed forces, risking their lives to protect our country. All who serve uphold the virtues of honor, sacrifice, and selflessness that have always been the source of America’s strength.

On this 20th anniversary of 9/11, thousands of Americans of all ages and backgrounds will participate in service projects that will range from food drives and home repairs to neighborhood cleanups and disaster preparation activities. In many areas, volunteers will honor veterans, soldiers, or first responders by collecting donations, assembling care packages, and writing thank you letters.

This year, the service project Red River Valley RSVP has selected is to assist CASA for KIDS and the Foster Parents Association in cleaning and organizing the rooms in a building designated as a temporary shelter for foster children. Activities will include sorting donated clothes and organizing the clothing closet, straightening the toy room, and cleaning up the play yard. We are also in need of storage bins and shelving for the toy room. Volunteers will meet at CASA for KIDS, 2025 NW Loop 286, at 8:00 a.m. on Saturday, September 11. If you are interested in this service activity, please contact RSVP Coordinator Kelly Hamill at 903-782-0441.

On September 11th, and throughout the year, Americans show their true patriotism by achieving together what we could never accomplish alone. On 9/11 Day of Service and Remembrance, we salute those who served our country, and join with them through our own acts of service to rekindle the spirit of unity, compassion, and service that swept our nation after that tragic day.

Red River Valley RSVP is a program of AmeriCorps Seniors and is sponsored by Paris Junior College and locally funded by the United Way of Lamar County.

Walk with a Doc Halloween Special to Take...