Allan Hubbard, a man who believes ‘God’s Word is what we all should read and apply to our lives’ 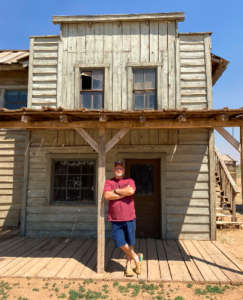 Born and raised in Paris, Texas, Allan Hubbard, who is also Paris’ Downtown Food Pantry’s Executive Director, said he is thankful God kept him out of “real trouble” during his younger years.

“As a young person, I was more-or-less a hooligan who thankfully God managed to just barely keep out of real trouble,” Hubbard said. “Teachers and church leaders were clearly patient with me and gave me grace as I sowed my wild oats and showed my butt more often than I should have. I have friends from younger days who were surprised to learn I became a pastor given my propensity for mischief as a youngster.”

Hubbard said growing up in Paris, he would complain about how “there was ‘nothing to do.’”

“Being young I wasn’t involved in serving others,” Hubbard said. “Most often when we focus on ourselves we notice things that we lack to entertain ourselves, but when we focus on helping other people it shifts our thinking to more important things. That mindset can naturally encompass community involvement and when we moved back in 2018, I determined to help wherever I was asked.”

Hubbard is a member of Kiwanis Club of Paris, serves on RSVP’s advisory council and has been a Chamber of Commerce ambassador. Hubbard has also spent time on Lamar County’s Homelessness Coalition board.

“Philosophically, I believe God’s Word is what we all should be reading and applying to our lives to be the obedient and trusting followers of Jesus Christ that we’re called to be,” he said. “My ‘life verse’ is tattoo’d on a forearm: John 3:30 – ‘He must become greater, I must become less.’”

“Sometimes clay that is hardened needs a little more pressure to mold into its potential,” Hubbard said.

While in high school, Hubbard worked as a DJ for both KPLT and KBUS, where “I learned the value of being aware of what’s going on in your town.”

“I also got a chance to learn and hone management skills at a photo lab and camera store,” Hubbard said.

Hubbard also worked as a newspaper reporter, online editor, junior college student advisor, drug and alcohol prevention counselor, and crime victim counselor/coordinator in the district attorney’s office while also being a worship/administrative and youth pastor since 1996.

In 2011, Hubbard moved with his family to the Austin area where he became a full-time worship and administrative pastor, then returned to Paris in 2018 to ensure their younger children could be closer to family in Paris and Denton.

“That’s when I was blessed to become the executive director of Downtown Food Pantry,” Hubbard said. “In 2020, I was called as pastor of Providence Baptist Church on FM 195 in Paris, so I balance both those positions as a bi-vocational pastor.”

“A few people today who are really inspiring in the way they handle their affairs and serve their churches and communities are:” Chuck Burton, our operations director at the food pantry; Paul Allen at the chamber; Jenny Wilson at United Way; Phil Spann at Southside Baptist; Guille Seigler of the Red River Valley Baptist Assoc.; Johnny Williams, retired trooper and RRV Veterans Memorial leader; Kay McNeal at King’s Daughters. “I could go on and on here.”

“I think Paris has some incredible people in leadership roles giving great examples to the rest of us to invest our time when we can,” he said. “Local business owners and organization heads in school districts and non-profits are really making Paris the place to live I wish it had been when I was a young person in the 1980s and early 1990s. It’s clear also from more young families staying put in their hometown that, even though it sounds cliche, when we all work for this place to be better it will be.” 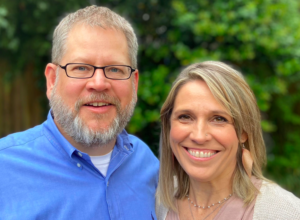 Hubbard attended Paris ISD and graduated in 1990. He then went to Paris Junior College on a theater and music scholarship and graduated in 1992. Hubbard received a BS in Sociology and Criminal Justice in 1994 upon graduation from East Texas State University in Commerce, and then received a Masters in Ministry in Biblical Counseling through distance learning with Masters Divinity School in Indiana in 2002.

Hubbard married Savannah in 1992, and they now have six children: Noah, 25, who is a musician; Jonah, 23, who is a teacher; Elijah, 21, who is a paramedic. Hubbard’s younger children are Zeke, who is a senior at Paris High School and plays soccer; “we adopted our sweet daughter Ellie from Ethiopia in 2009 and then came our surprise daughter, Truly, in 2012.” Ellie and Truly attend Trinity Christian Academy. 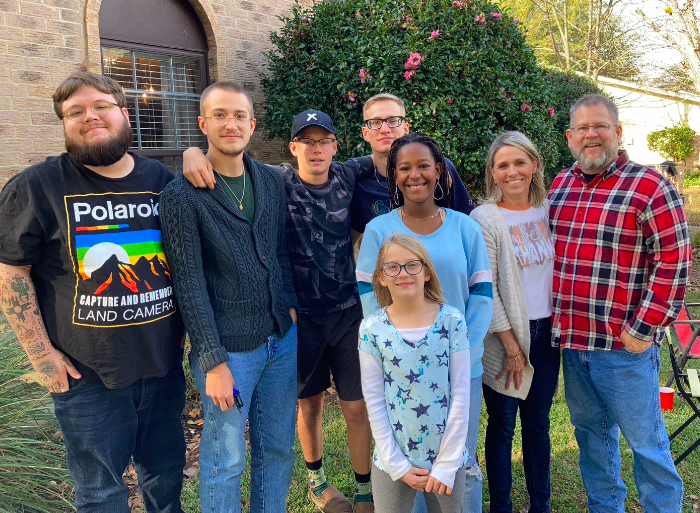