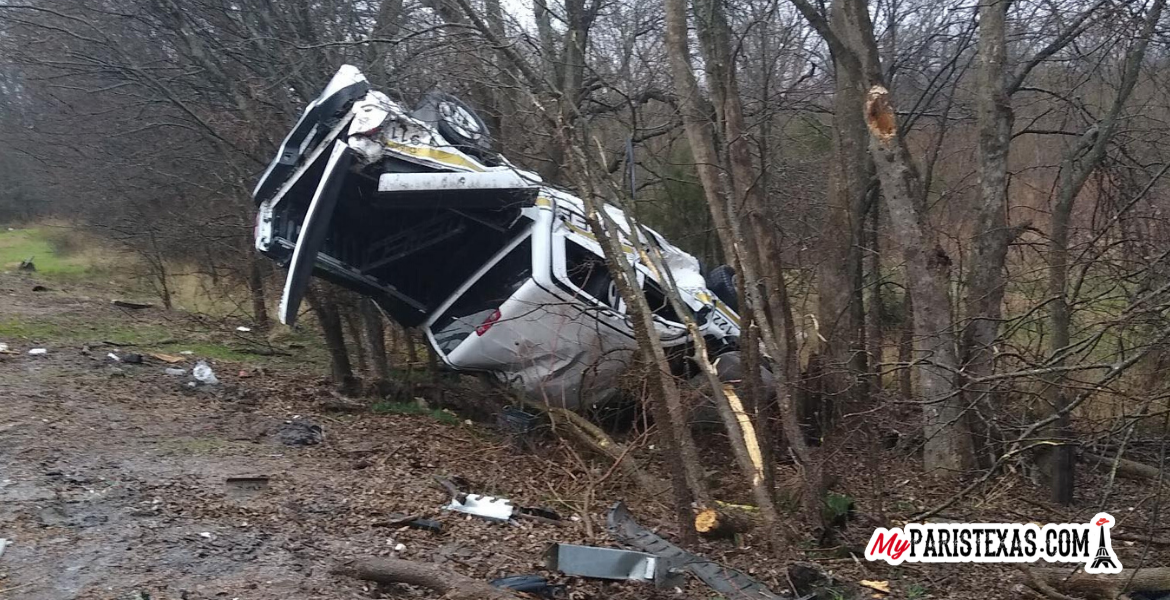 A Delta County Deputy was lucky to walk awat from an accident Thursday morning whilst he was responding to another wreck involving a Lamar County Deputy.

Shortly before 9 a.m., multiple units responded to a two-vehicle wreck in the southbound lanes in the 11000 block of Hwy. 1924 near the Sulphur River.

All those involved were transport for check-up, however, no major injuries were reported.

Around the same time, whilst first responders attended to the scene of the first wreck, a Delta County Deputy (who was also responding to the first wreck) rolled his vehicle before the bridge in the northbound land.

According to reports, the deputy sustained minor injuries and miraculously walked away from the horrific wreck.

Delta County Sheriff was unavailable for comment at this time of press.

Both accidents are currently under investigation. More information will be posted as it becomes available.