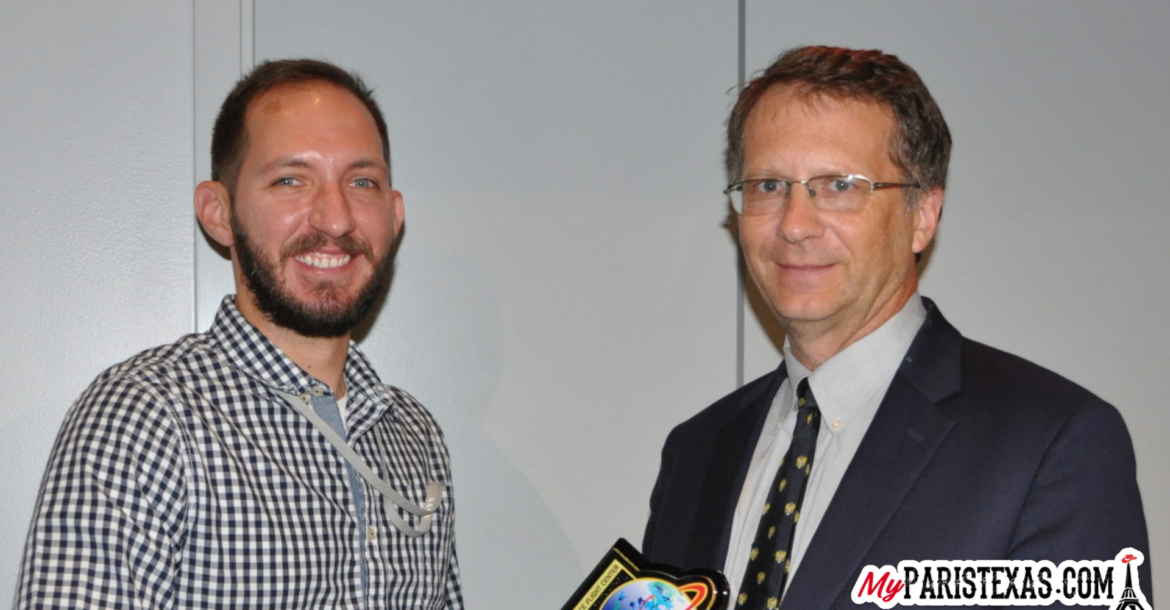 Jacob Stahl, who graduated in 2014 with a Bachelor of Science degree in Industrial Engineering and Mathematics, was awarded the 590 Rookie of the Year award last month in Maryland.

The “590 Rookie of the Year Award” is given to employees from the Mission Engineering and Systems Analysis Division who show “commitment to excellence, creativity, dedication, customer service and personal integrity in providing outstanding support to Goddard’s mission.”

Stahl told his former school that for as long as I can remember, he has always wanted to have a career in the space industry, but he certainly never thought it was feasible for him.

However, everything changed when he enrolled in a Physics I class at A&M-Commerce.

“I found the Physics I course material incredibly interesting, and Dr. [Kent] Montgomery’s teaching style connected very well with me. I wound up doing well in a course that I thought I would do very poorly at, and from that point forward I was very motivated to do well in school and get my foot into the space industry,” he said.

After graduation, Stahl pursued an M.S. in Mechanical Engineering at Texas A&M University and while at Texas A&M, he worked with Dr. Eric Petersen, testing rocket propellants.

Whilst there, Stahl applied for a NASA internship. “There were many, many years of applying for NASA internships before I was finally accepted,” Stahl told A&M Commerce.

In 2016, Stahl got his big break and was awarded a summer internship at NASA’s Marshall Space Flight Center in Alabama.

After his graduation from Texas A&M in May 2017, he became a full-time employee at the Goddard Center.

Today, Stahl works in the Propulsion branch as a propulsion systems engineer.

“Most of my work is dedicated to designing, analyzing, building and testing the Plankton, Aerosol, Cloud, and ocean Ecosystem (PACE) mission’s propulsion subsystem,” Stahl said.

According to NASA’s PACE website, “PACE’s data will help us better understand how the ocean and atmosphere exchange carbon dioxide.”