Minister optimistic after youth building claimed in Tuesday fire, ’it’s the Gospel and it’s the students that matter’

Even though Southside Baptist Church’s Youth Building was sidelined by a fire late Tuesday afternoon, Youth Minister Phil Spann remains hopeful because, he said, it’s not about where they meet, but “it’s the Gospel and it’s the students that matter.” 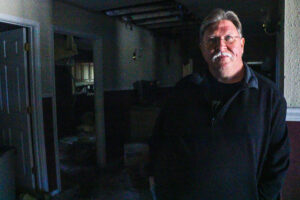 “When I was in Haiti, we met in the dark,” he said, “in a room where the wind blew through all the time, and we had to use a flashlight. The place doesn’t really matter, it’s the gospel and it’s the students that are here – that’s what’s important.”

Spann said contractors were working on a vent-a-hood in the youth building’s kitchen when sparks from a grinder ignited insulation. Paris Fire Department reports confirmed the fire began in the attic, just above the kitchen after workers used a grinder on the roof.

“They thought they had it out, and next thing you know, it was engulfed,” Spann said. “One of the workers was on the roof and said he could feel the heat coming through as he was running to get to the ladder to get off.” 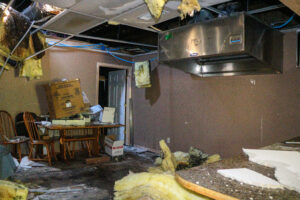 Workers on scene, just before Paris Fire Department arrived, attempted to control the fire with an ABC extinguisher, but were unsuccessful due to how quick the fire spread in the building’s attic. Spann said he expects insurance to consider the building a total loss.

“The fire department was great. A number of those guys came and had some words of encouragement. A lot of them were former students of mine, so that was pretty cool,” Spann said. “They brought some pictures out of my office before the water got to them, so I was definitely thankful for that.”

Spann said he left his Bible in the youth building’s main room and was neither burned nor soaked when they were able to start retrieving things from the building. 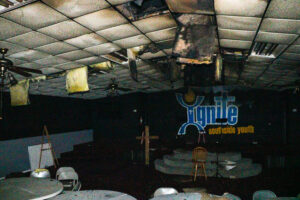 “You can see how bad this room was, and my bible was sitting right there on the podium, and there was not a single drop of water where it was laying,” he said.

As for continuing Wednesday youth nights, Spann said they plan to meet in the main building’s fellowship hall for the time being, with worship in the sanctuary.

“It’ll be an adjustment, it’ll be a long time because something like this will take months to come back from,” he said. “We know students and young people are resilient, and it doesn’t really matter where we’re at as long as we’re preaching the Gospel.”

Spann remains optimistic because “Jesus is on the throne.”

“He has a plan and is going to see us through. We may never know exactly what that plan is, so it helps us to be obedient in following him, and that’s what we plan to do,” Spann said. “We will just keep moving forward. This was yesterday, and we’ve got a lifetime ahead of us in preaching the Gospel and reaching students.” 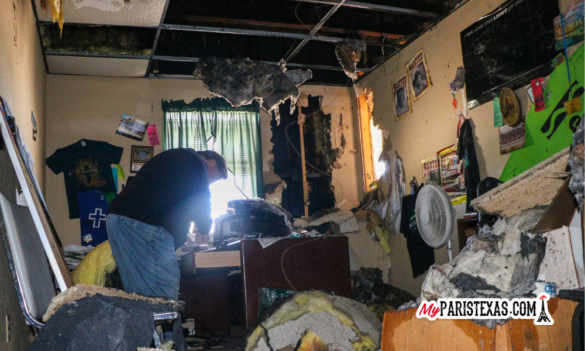 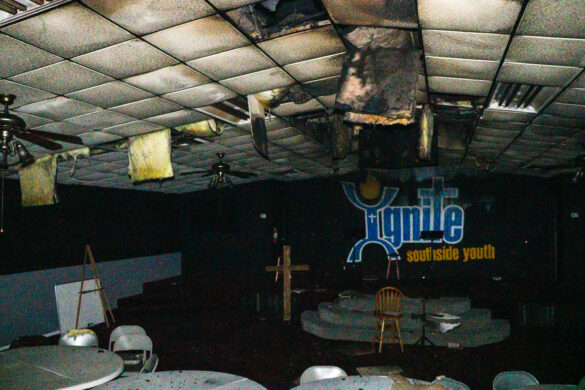 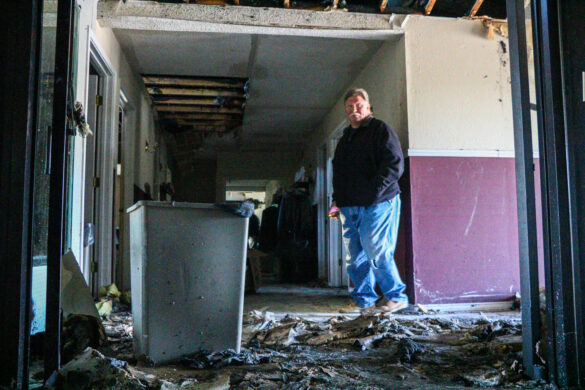 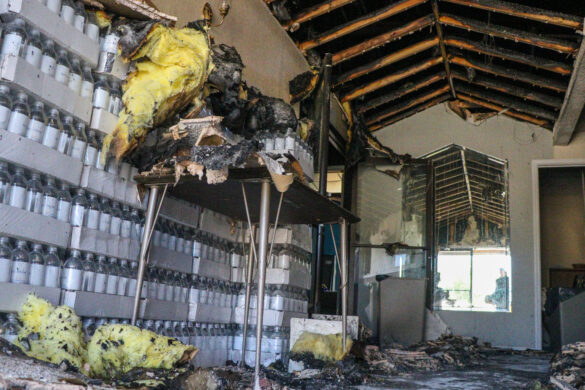 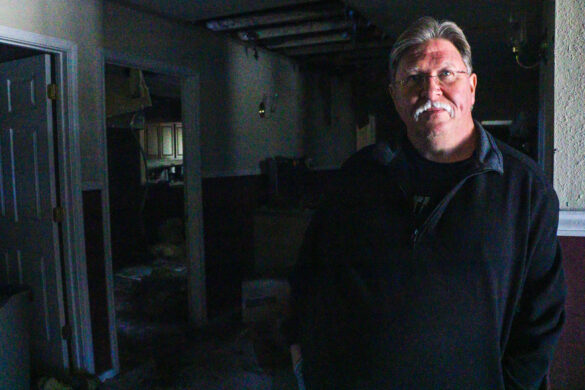 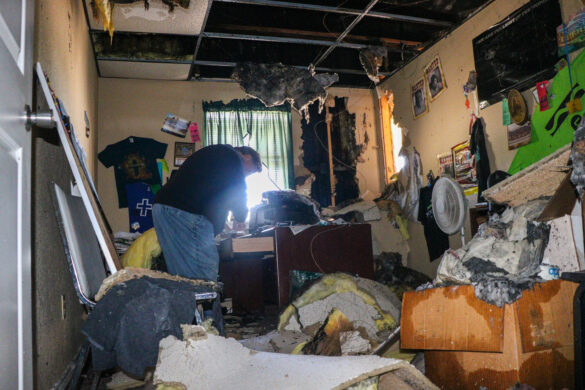 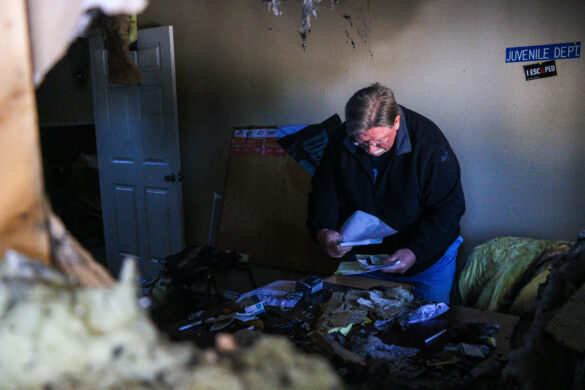 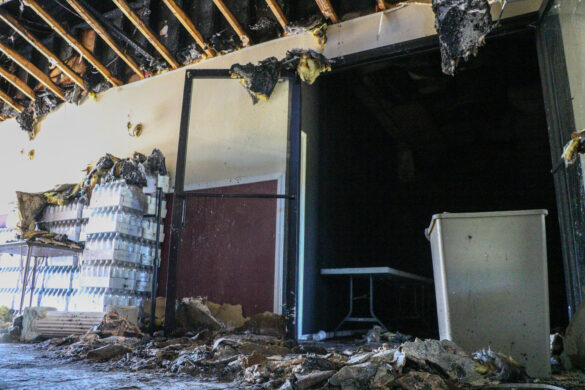 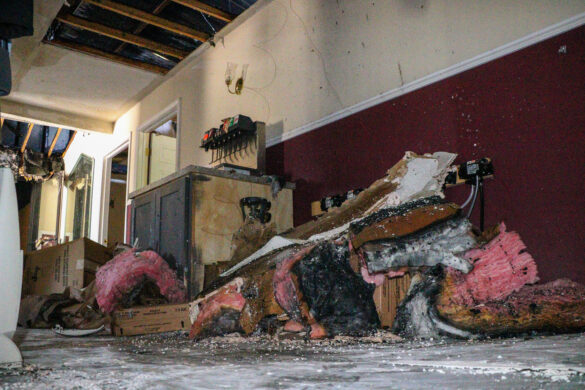 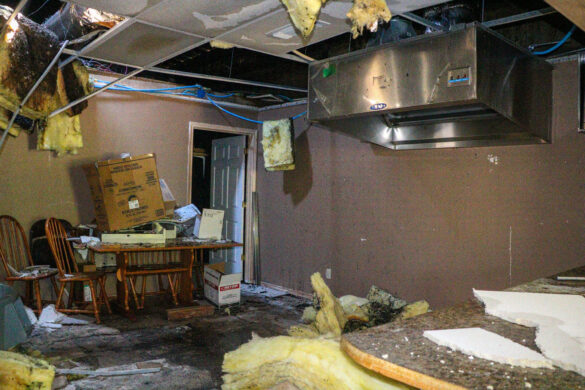 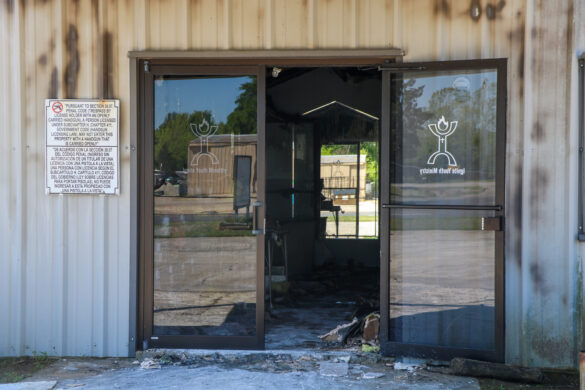