According to drive director Jennifer Ray, “Paris ISD showed up and showed out despite being in a global pandemic! Aikin Elementary School will be getting the Traveling Turkey Trophy this year with 862 boxes of stuffing collected. Aikin has possession of the trophy until the competition next year.”

Operations Director Chuck Burton said, “I was not sure what to expect this year, but I am extremely impressed and thankful.” 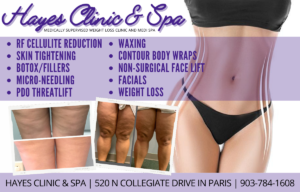