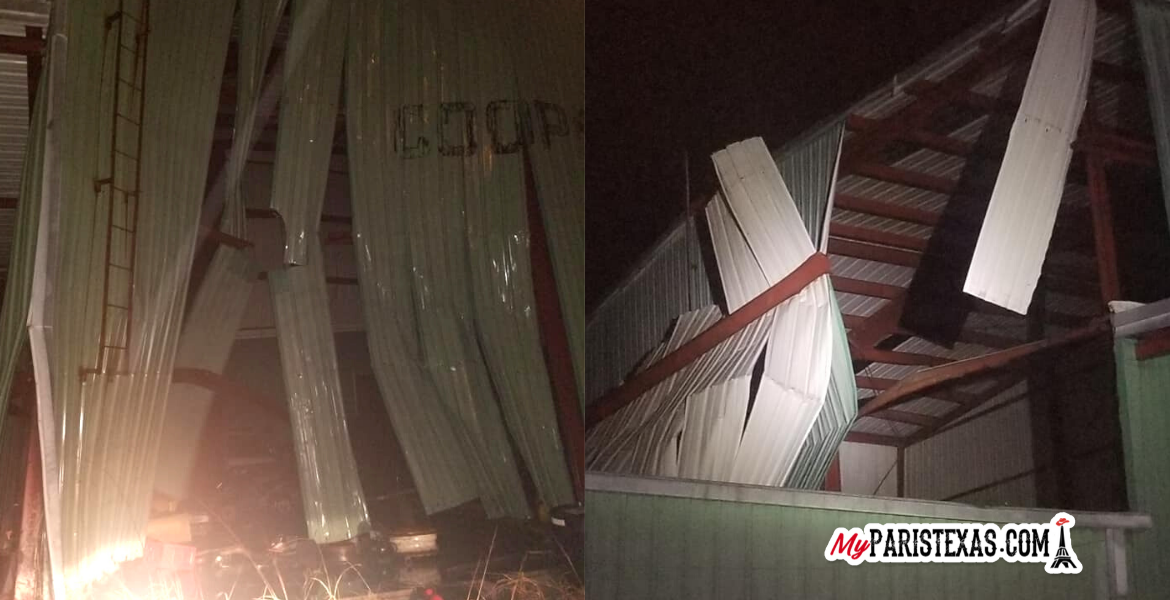 The National Weather Service in Ft. Worth has today confirmed two tornadoes hit Cooper and Enloe in northeast Texas on Friday night.

According to Wikipedia, an EF0 (T0-T1) damage is characterized by superficial damage to structures and vegetation. Well-built structures are typically unscathed, sometimes sustaining broken windows, with minor damage to roofs and chimneys. Billboards and large signs can be knocked down. Trees may have large branches broken off, and can be uprooted if they have shallow roots. Any tornado that is confirmed but causes no damage (i.e. remains in open fields) is always rated EF0 as well even if the tornado has winds that would give it a higher rating.

The old Cooper Cotton Gin and Seed Mill, off NW 11th Street owned by Don Follis and Ashlee Harvey, sustained major damage with iron beams not only bending in half but snapping also.

“It definitely could have been worse,” said Harvey. “We plan on building an apartment there and am beyond thankful we weren’t living there yet. No one was hurt but it was heartbreaking to see the destruction.”

Other structures in Cooper sustained minor damage. No injuries were reported.