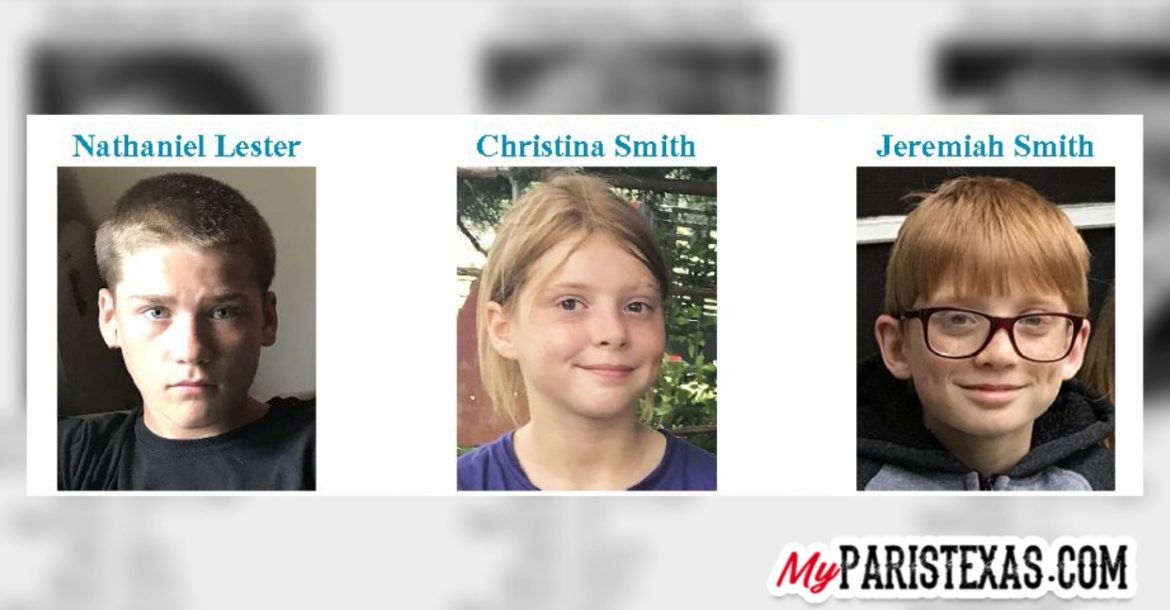 Paris Police are investigating after three children, who were reported missing on Aug. 19, were found in downtown Paris with their parents Kevin and Mary Alice Smith.

The children were the subjects of a CPS investigation after they were removed (unauthorized) from the temporary custody of their grandmother.

According to reports, the parents were seeking legal representation.

“Child Protective Investigators arrived on scene with a writ of attachment for the children. The children were released to CPS,” sId Hundley.

The investigation will continue regarding the interference with child custody on the parents, Kevin and Mary Alice Smith.