In honor of 9-year-old Amber Hagerman, who was abducted on Jan. 13, 1996, today is National AMBER Alert Awareness Day. Thanks to the AMBER program, more than 1,120 children have been recovered since the program began 27 years ago.

On January 13, 1996, Amber Hagerman was abducted while riding her bicycle and was then brutally murdered. The AMBER (America’s Missing: Broadcast Emergency Response) Alert network was created after her tragic death.

In the parking lot of an old Winn-Dixie, Amber was grabbed from her bike by a stranger in a black truck. The man was described as either white or Hispanic, and waited until Ricky, Amber’s 5-year-old brother, had left on his bike and headed to their grandparents’ house. According to reports, the two were told to ride around the block, but the nearby parking lot enticed them “with the cool ramp.” Four days later, and about four miles away, Amber’s body was found in a creek.

According to police at the time, it was believed Amber was kept alive for at least two days. Her body was found by a man who was walking his dog near where her body was dumped in the creek behind an apartment complex.

At the time of the incident, a man who lived just across from the parking lot, witnessed the abduction through a chain-link fence. The man, who has passed since, told officers he saw the girl ride her bike, then saw the either 20- or 30-year-old man throw her in his truck while she was kicking and screaming. The witness said the man was medium build, less than 6-foot tall, with brown or black hair. The vehicle was a black, single-cab pickup. Amber’s pink bicycle was recovered from the parking lot.

“This is still an open, on-going murder investigation,” said Det. Grant Gildon, the lead investigator on the case. “We want to solve it. We want to get answers for the family.”

The AMBER Alert program began in 1996 when Dallas-Fort Worth broadcasters teamed up with local police to develop an early warning system to help find abducted children.

“When a child is missing, the focus of the nation is on making a safe recovery,” said National AMBER Alert Coordinator. “Significant and important advancements to the AMBER Alert program have assisted in these recoveries and energized us to continue improving, strengthening and promoting this important tool.” 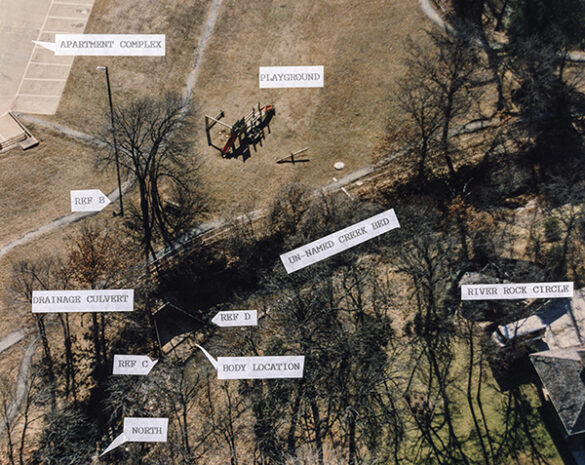 Arlington Police in Texas release photo of creek where Amber’s body was found. 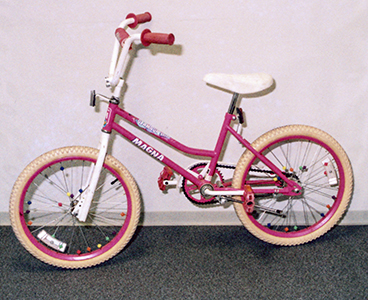 Amber’s pink bicycle was recovered from parking lot where she was abducted. 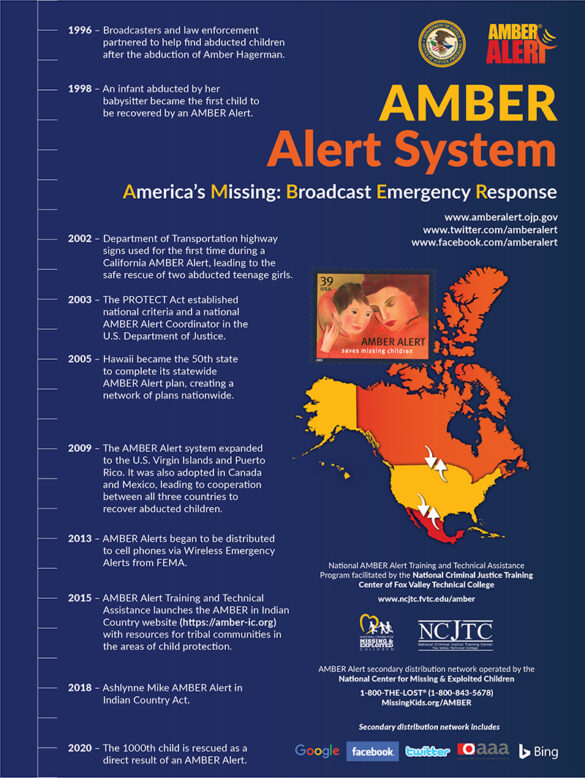