“Everything is going very well at the moment. I have been meeting staff, council members, citizens, and local business owners,” Path said. “I’ve enjoyed getting the opportunity to chat with a lot of people so far.”

Path steps into the position after the departure of former City Manager John Godwin who resigned in the second half of 2019. The search for his replacement began shortly after with Gene Anderson stepping in as interim City Manager during that time.

Path, who has had many years of experience in similar roles across multiple states, accepted the offer officially in early March while still in Nebraska.

Now having settled with his family here in Paris, he said they are enjoying the warm spring weather, and he is excited to begin his job finally.

“I am currently working on building relationships with department heads, council members, and citizens here in Paris,” he said.

Further adding that it is all part in understanding what is needed to be done and allows himself to be most effective in knowing what jobs should be prioritized to best help the city service their citizens.

“People are your greatest resource,” he added. “This is why I am making sure I get to speak with as many people here across all boards to ensure that I understand what needs to be done.”

Path has indeed hit the ground running after City Clerk Janice Ellis swore him into office this past Monday. Delving straight into his role, he said he is excited about what the future holds for the city and his family here in Paris. 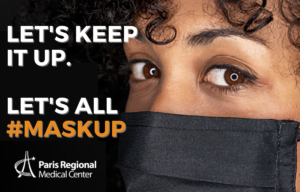 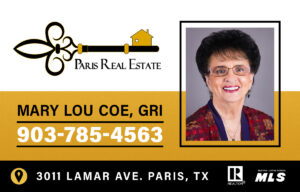 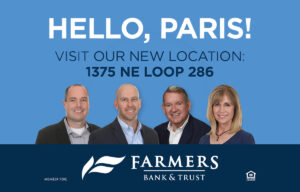