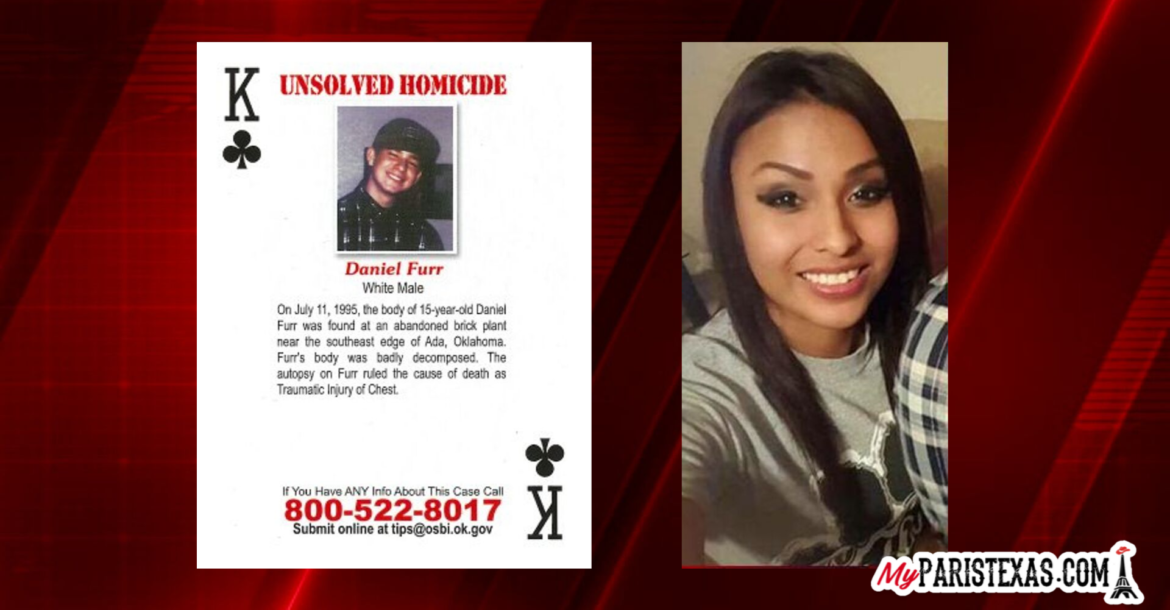 OKLAHOMA CITY, OKLA. – The Oklahoma State Bureau of Investigation (OSBI) is offering a reward for information in the 1995 case of Daniel Furr and the 2018 case of Britney Gomez.

On September 5, 1995, the Ponotoc County Sheriff’s Office requested OSBI assistance after the body of missing 15-year-old Daniel Furr was found at an abandoned shell pit in southeast Ada.

“He was found badly decomposed more than 30 feet below a rock overhang,” said OSBI, “the Medical Examiner determined the cause of death to be a homicide.”

Furr’s case is the King of Clubs in the OSBI’s first deck of Cold Case Playing Cards. The Cold Case Cards are sold in Oklahoma Department of Correction facilities with the goal of generating leads in cases where leads have dried up.

On March 16, 2018, the Ponotoc County Sheriff’s Office requested OSBI assistance after the body of a deceased female was found in rural Ponotoc County.

“The badly decomposed body was determined to be 26-year-old Britney Gomez who had been missing since February.”

In each case, the OSBI is offering a $10,000 reward for information. If you know anything about the case of Daniel Furr or Britney Gomez, you are asked to contact the OSBI at (800) 522-8017 or tips@osbi.ok.gov.