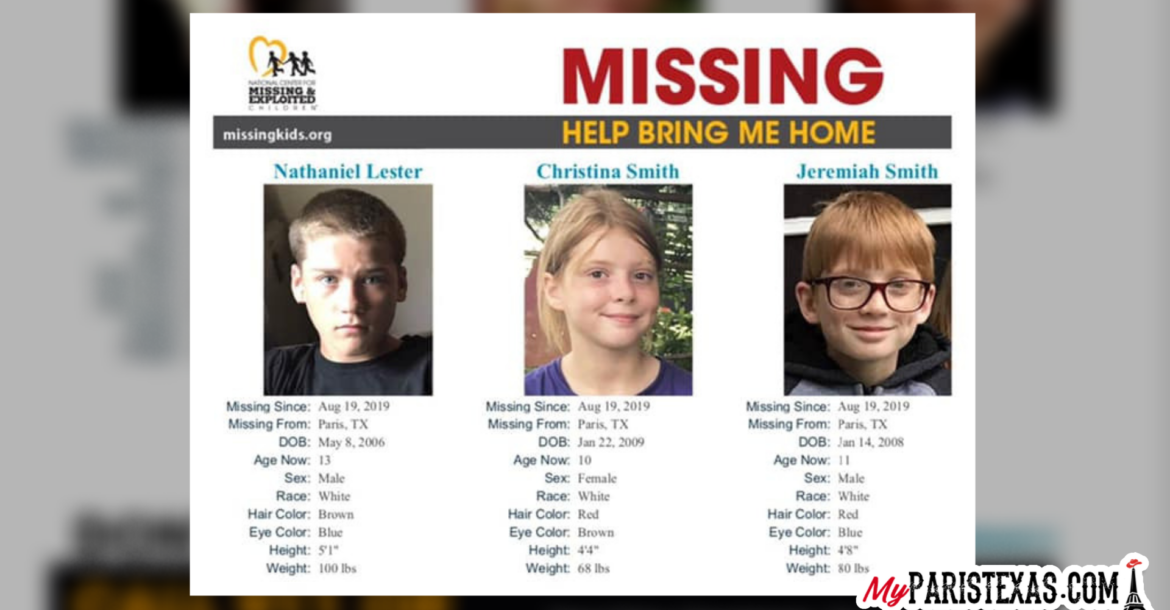 The National Center for Missing and Exploited Children is searching for three children from Paris, Texas.

“The children were in the temporary custody of their grandmother,” said Chief Hundley. “The biological parents of the children, a Mary and Kevin Smith, picked the children up on around August 7th.”

The CPS case investigator reported the children missing on August 26th as CPS had obtained a court order for the return of the children on August 19th.

“CPS believes the children are in Arkansas and further efforts have proved futile in locating the children,” Hundley further stated, “CPS requested they be reported missing and entered into the national database.”

The department has no information regarding any vehicle that may be involved.

If you have any information on their whereabouts, please contact the Paris Police Departmen at 903-784-4100.