An abandoned flag made its way to the Red River Valley Veteran Memorial’s office earlier today after our first responders jumped to its rescue – going above and beyond the call of duty.

With the help of Paris Fire Department, Paris Police Officer Jeff Padier rescued the old, tattered American Flag from an abandoned flag pole after he noticed its neglect.

Instead of having the U.S. Flag destroyed nor neglected any longer, Padier reached out to the Paris Fire Department. The PFD used its ladder truck to unclasp the U.S. Flag from the pole and Padier handmade a display box.

Inscribed on the front of the box in laser etching is the Pledge of Allegiance. Along the sides of the handcrafted box, Padier carved the names of the fire firefighters and police officers involved in its rescue, the date of its rescue, “Paris Police Department,” “Paris Fire Department” and “When we honor our flag we honor what we stand for as a nation – Freedom, Equality, Justice and Hope.” 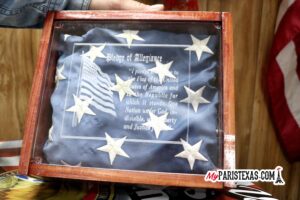 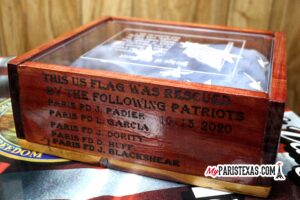 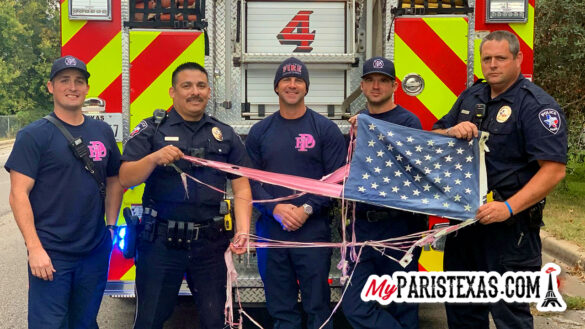 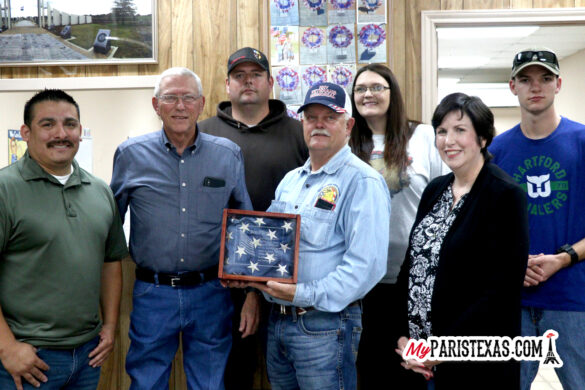 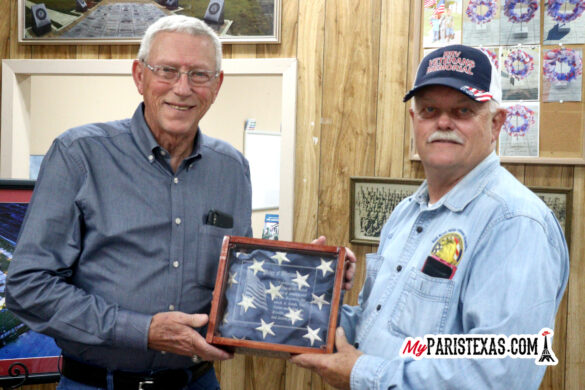 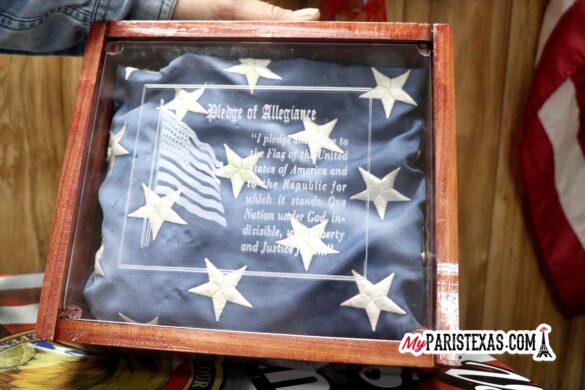 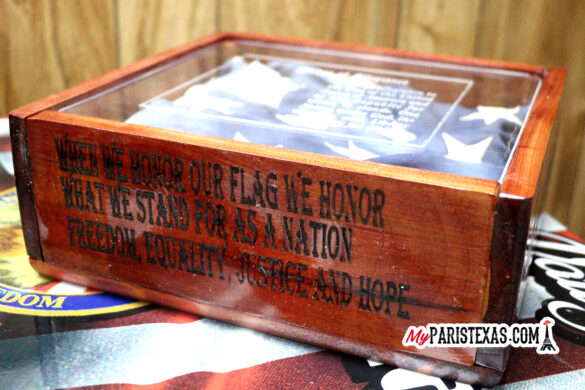 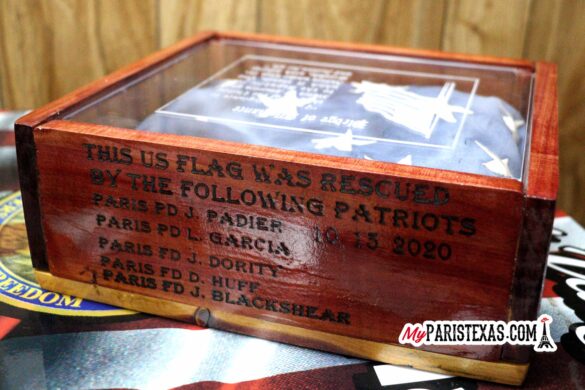 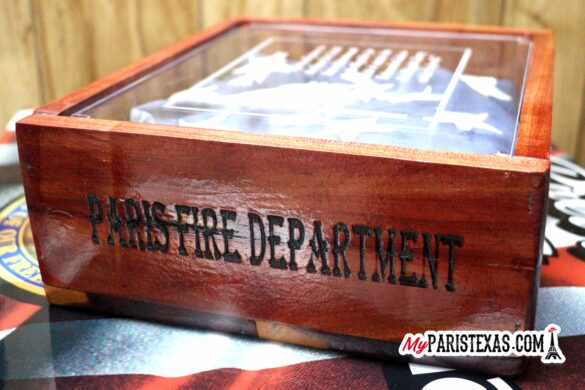 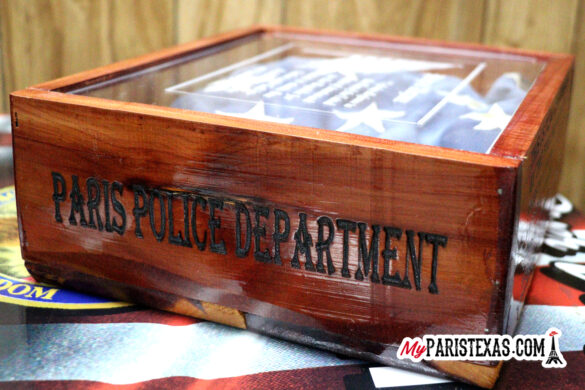 17th Annual Christmas in the Camp set for...

Stores that will be open on Thanksgiving and...