Military Phase of Evacuation Ends, as Does America’s Longest War 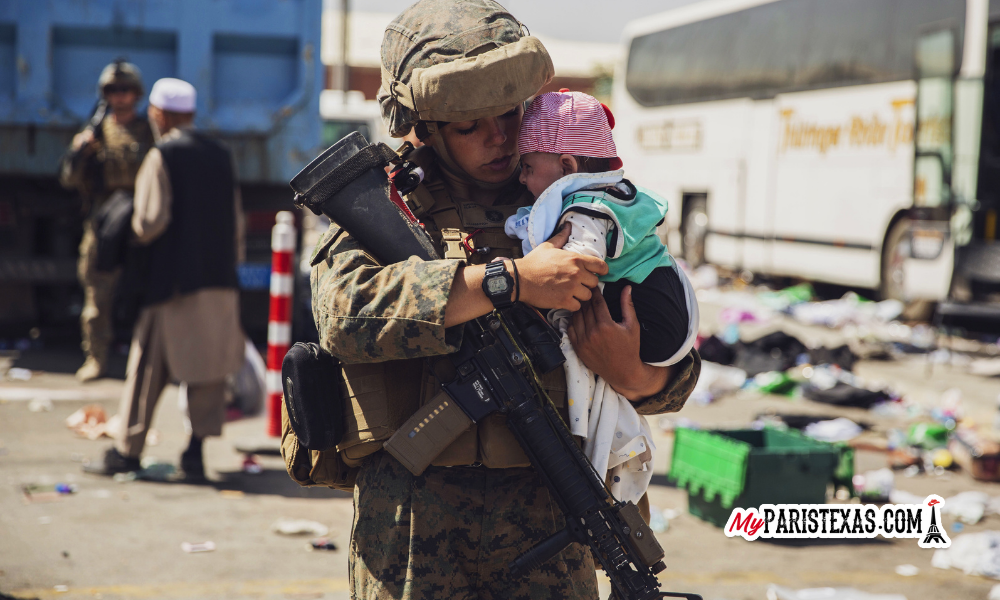 “I’m here to announce the completion of our withdrawal from Afghanistan, and the end of the military mission to evacuate American citizens, third country nationals and vulnerable Afghans,” McKenzie said via teleconference from his headquarters in Tampa. “The last C-17 lifted off from Hamid Karzai International Airport on August 30, this afternoon, at 3:29 p.m., East Coast time, and the last manned aircraft is now clearing the airspace above Afghanistan.”

The last C-17 departed with Army Maj. Gen. Chris Donahue, the commander of troops in Kabul, and U.S. Ambassador to Afghanistan Ross Wilson aboard. It was fitting the State and Defense leaders left together, McKenzie said.
That C-17s played such a part in the evacuation is only fitting. On Oct. 7, 2001, Pentagon leaders announced that C-17 aircraft were dropping humanitarian rations to starving Afghans, even as American military might went after al-Qaida and the Taliban leaders that were sheltering Osama bin Laden and his murderous cult.

The C-17 departure today was both the end of the military portion of the evacuation and “also the end of the nearly 20 year mission that began in Afghanistan shortly after September 11, 2001,” McKenzie said. “It is a mission that brought Osama bin Laden to an end, along with many of his al-Qaida co-conspirators, and it was not a cheap mission.”

“Sadly, that includes 13 U.S. service members who were killed last week by an (Islamic State of Khorasan) suicide bomber. We honor their sacrifice today. As we remember their heroic accomplishments. No words from me could possibly capture the full measure of sacrifices and accomplishments of those who serve, nor the emotions they’re feeling at this moment, but I will say that I’m proud that both my son and I have been a part of it,” he added.

While the military evacuation is complete, the diplomatic mission to ensure additional U.S. citizens and eligible Afghans who want to leave, continues.

This was the largest non-combatant evacuation operation ever conducted by the U.S. military. President Joe Biden ordered the start of the NEO operation on Aug. 14. Since then, U.S. military aircraft have evacuated more than 79,000 civilians from Hamid Karzai International Airport, which includes 6,000 Americans and more than 73,500 third country nationals and Afghan civilians.

“In total, U.S. and coalition aircraft combined to evacuate more than 123,000 civilians, which were all enabled by U.S. military service members who were securing and operating the airfield,” McKenzie said.

McKenzie praised the more than 5,000 service members who enabled the operation. He said the number of people evacuated represented a monumental accomplishment, enabled by the “determination, the grit, the flexibility and the professionalism of the men and women of the U.S. military and our coalition partners who were able to rapidly combine efforts and evacuate so many under such difficult conditions.”

Coalition contributions were invaluable and McKenzie cited the contributions of Norway, which kept a hospital open during the evacuation that was instrumental in caring for some of the wounded from the ISIS strike.

The situation on the ground over the past month has been complicated. Assumptions and plans changed daily, the general said. One plan was to work with a functioning ally in the Afghan government and security forces. Another was based on the premise that the outer provinces would fall to the Taliban, but that Kabul would stand. Finally, it became apparent that the government was collapsing and the security forces giving up.

Each time the planners in U.S. Central Command rolled with the punches. They positioned forces in the region to act instantly and pre-positioned aircraft. They worked with interagency officials and with international partners.

McKenzie himself had to meet with Taliban representatives in Doha, Qatar, to tell them that if the group interfered with the U.S. non-combatant evacuation operation, there would be severe consequences. He said they were “businesslike and pragmatic” and did not interfere with U.S. operations on the airfield. This included military operations to bring Americans to be evacuated.

And they accomplished the mission.

“The last 18 days have been challenging,” McKenzie said. “Americans can be proud of men and women of the armed forces who met these challenges head on.”

BY JIM GARAMONE with defense.gov