Behind the Badge: A small gesture goes a long way 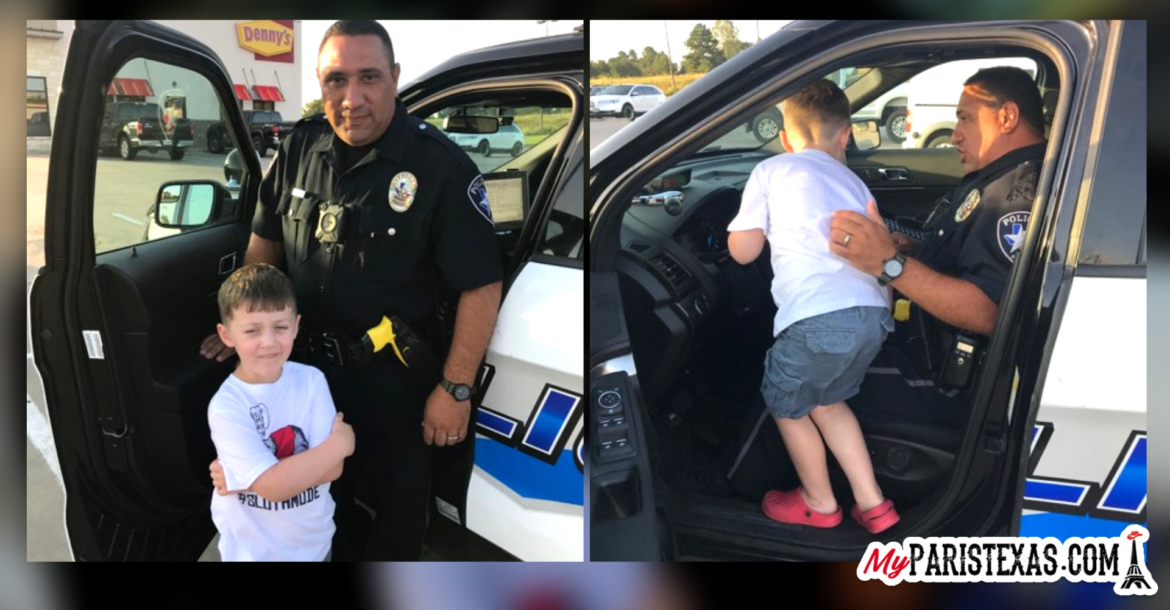 Sometimes a small gesture can go a long way and that was clearly the case when a Paris Police Officer helped make the day of a little boy visiting from Okinawa, Japan by taking the time to meet him and show him his “transformer”.

Officer Chris Widner was leaving lunch at Denny’s on Aug. 22 when he met local resident Susie Hill and her 4-year old grandson, Asher who was visiting from Japan.

“Asher has never seen a “real” police officer – except on TV and we all know how they are portrayed in the media,” said Hill in a Facebook post on Aug. 23. “We had seen another Paris officer a few days ago, and Asher was terrified of him. He wouldn’t even come out from under the table to talk to him.”

Widner said that from his understanding, the police in Okinawa interact differently to law enforcement in the United States; so Asher was a little cautious of Widner until he offered him an up-close look at his patrol car.

“All it took was about 90 seconds, and Asher had made a new best friend. This man is a saint,” said Hill.

Hill said that Widner was very patient and took the time to talk to her grandson and show him his car and all the gadgets, including the cool lights.

“Since this morning, Asher has been telling everyone he met a ‘Superhero that drives a Transformer, collecting the bad people to keep him and his baby sister safe.’”

Widner said, “It’s a real pleasure for us officers to have these visits with kids. It gives us a nice break from the day to day work we do, and they brighten up our day as much as we do for them.”.

“I would like to thank Officer Widner for taking the time to interact with my grandson. It was about 10-minutes of his busy day that will undoubtedly equate to several years of fascination for a little boy,” added Hill.