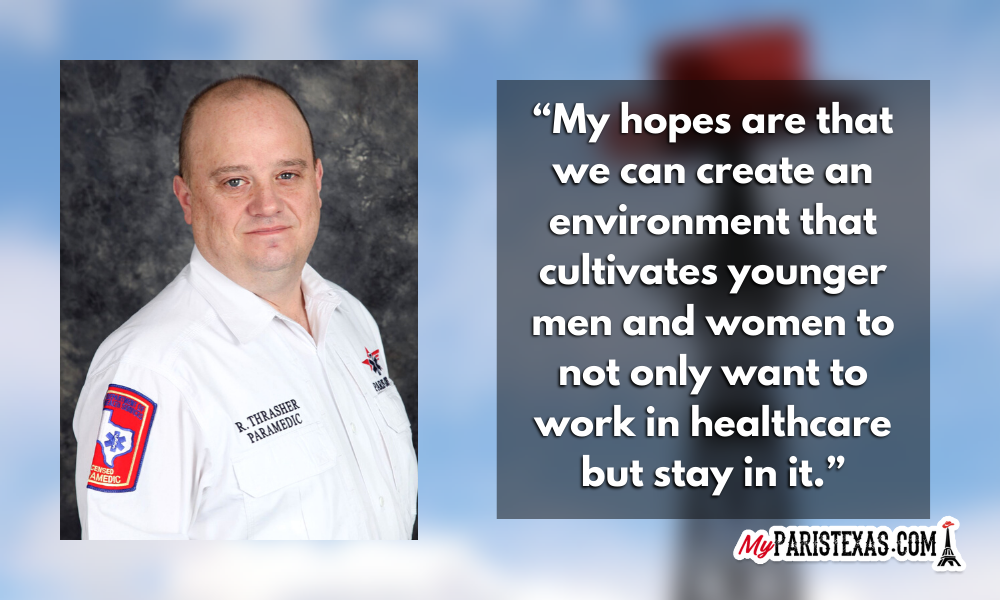 Thrasher, who has had an interest in EMS since before his daughter was born, said he hopes the department can create a cultivating environment.

“My hopes are that we can create an environment that cultivates younger men and women to not only want to work in healthcare but stay in it –to enjoy coming to work even though the bad calls, the ones no one wants to remember,” Thrasher said. “But mostly to be able to pay my medics what they deserve and earn 24/7.”

As Thrasher is stepping into the EMS Director of Paris EMS as just the second director, “it’s a major challenge to take what has been managed so well and improving that as medicine changes.

“EMS has changed tremendously compared to the days of Gage and DeSoto,” he said.