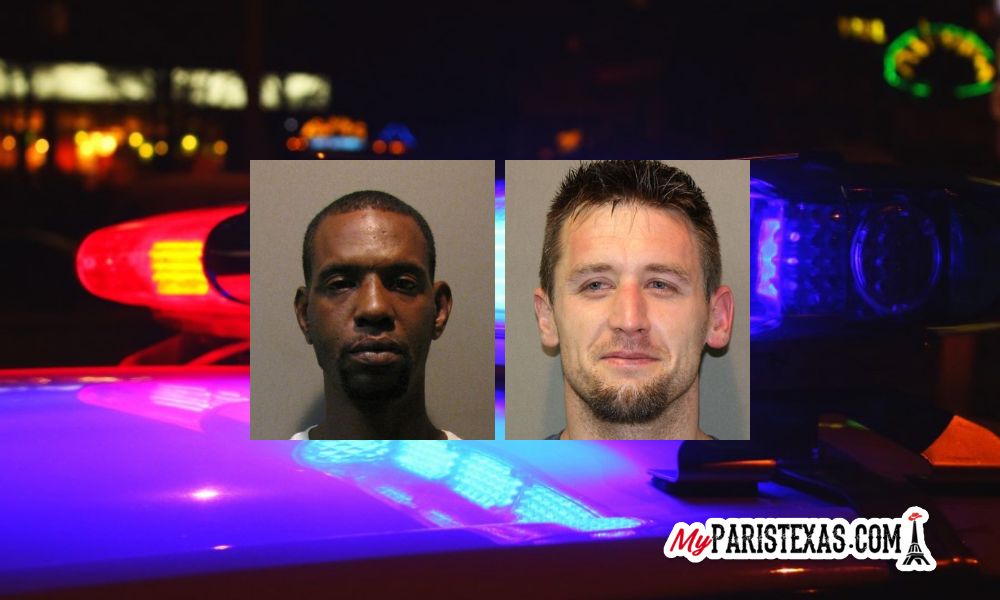 Paris Police responded to an assault that had occurred in the 200 block of SW 3rd St at 11:54 P.M. on June 9, 2022. The 39 year old female victim reported that she and her boyfriend were in an altercation when her boyfriend choked her and struck her with a metal broom handle. The boyfriend, 39 year old Torrance Meyon Robinson, of Paris, was arrested and charged with aggravated assault with a deadly weapon, assault of a family member by impeding breathing, and possession of drug paraphernalia when officers found two glass pipes, that are normally used to smoke narcotics, in his pants pocket. Robinson was later transferred to the Lamar County Jail.

At 4:24 A.M. on June 10, 2022, Paris Police observed 30 year old Austin Lee Loyd, of Paris, driving a vehicle in the 1700 block of Margaret St. Officers knew that Loyd had an outstanding felony probation violation warrant for his arrest. Loyd pulled into his driveway and ran into the back yard of his residence attempting to evade detention. Officer followed Loyd and attempted to place him under arrest. Loyd resisted but was eventually handcuffed. Loyd was additionally charged with evading arrest or detention and resisting arrest. The felony probation warrant was on a previous possession of a controlled substance arrest. Loyd was booked and later transferred to the Lamar County Jail.

Paris Police responded to 90 calls for service and arrested 7 person on June 9, 2022.