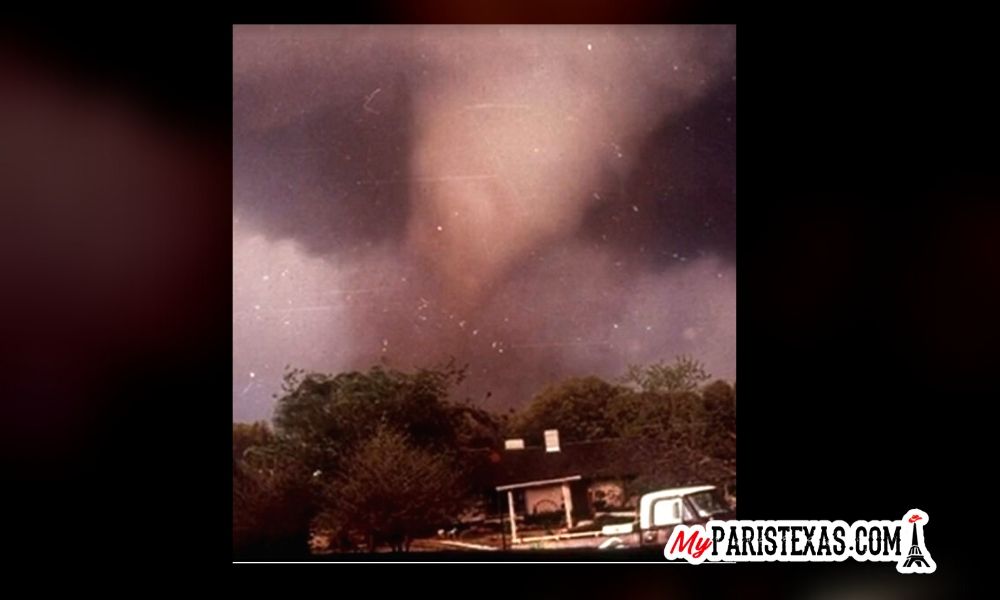 Nearly 40 years ago today in 1982, Paris was left devastated after a series of tornado supercells formed across portions of Northeast Texas and Southeast Oklahoma, resulting in more than 60 tornadoes and 29 fatalities. Carving through 200 to 300 yards across North Paris, one F4 tornado left more than 1,000 homeless, 170 injured and at least 10 dead.

During the storm, some homes witnessed winds up to 205 mph, while others saw up to 260 mph gusts.

Johnny Williams, an officer with the Lamar County Sheriff’s Office at the time, said it was all very surreal and he remembers thinking that this can’t be happening. Williams and his partner, Dub Drake, watched from the 4th floor of the courthouse as the tornado crossed N Main heading east.

“I remember the wind, the sound, the debris, and the aftermath. It was a very traumatic time for everybody involved,” Williams previously said.

In the tornado’s after-hours, more than 150 state police came to Paris’ aide, as well as, hundreds of volunteers who came from near and far.