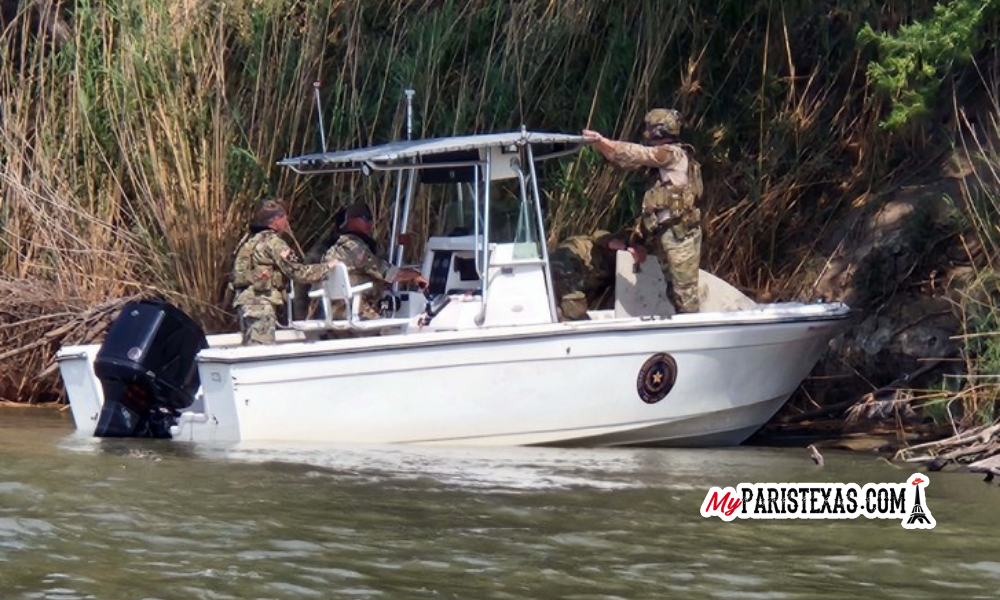 Governor Greg Abbott, the Texas Department of Public Safety (DPS), and the Texas National Guard are continuing to work together to secure the border, stop the smuggling of drugs, weapons, and people into Texas, and prevent, detect, and interdict transnational criminal behavior between ports of entry.

Since the launch of Operation Lone Star, multi-agency efforts have led to more than 246,000 migrant apprehensions, along with more than 15,000 criminal arrests — and more than 12,400 felony charges. Over 4,800 weapons and over $38 million in currency have been seized. In the fight against fentanyl, DPS has seized over 344 million lethal doses throughout the state.

As part of the response to President Biden’s reckless decision to end Title 42 expulsions this month, which his own administration has estimated will lead to 18,000 illegal crossings per day, Governor Abbott directed the Texas Division of Emergency Management to charter buses to transport migrants from Texas border communities to Washington, D.C. Since launching this busing operation a month ago, a total of 35 buses have transported 922 migrants.

Operation Lone Star continues to fill the dangerous gaps left by the Biden Administration’s refusal to secure the border. Every individual who is apprehended or arrested and every ounce of drugs seized would have otherwise made their way into communities across Texas and the nation due to President Biden’s open border policies.

Governor Abbott recognized National Fentanyl Awareness Day earlier this week and highlighted Operation Lone Star’s success in seizing over 344 million lethal doses of fentanyl – enough doses to kill every American. The Governor reaffirmed Texas’ commitment to stopping the flow of drugs from coming into the United States thanks to President Biden’s inaction to secure the border.

“Governor Abbott, to his credit, has remained steadfast amid the criticism and even left the door open to further, expanded inspection orders if his Mexican counterparts refuse to follow through on their commitments,” writes Collin Pruett with The American Conservative. “He’s proving that states can fight back against border lawlessness and win, even in the face of international political and business interests.”

Texas National Guard troops teamed up with DPS, U.S. Border Patrol, and Mexican law enforcement to practice mass migration tactics last week in Eagle Pass. The exercise, Operation Mirror Image, demonstrates the shared solidary across the border in the mission to stop criminal actors taking advantage of the influx of migrants ahead of the Biden Administration’s decision to end Title 42 expulsions.

Texas National Guard troops, alongside partner agencies, helped apprehend or deter over 200 illegal immigrants crossing the Texas-Mexico border near Laredo. Many of the crossing points in this 15-mile stretch of land in the Laredo area lead directly into backyards, playgrounds, and busy storefronts.

DPS Lt. Christopher Olivarez joined Fox News this week where he discussed the surge of fentanyl coming across our southern border as the federal government fails to secure the border and prevent cartels from smuggling lethal drugs into the United States.

A smuggler led DPS troopers on a high speed pursuit through Hidalgo County on May 5. DPS’ Aircraft Division assisted in locating the driver who was charged with smuggling of persons and evading arrest. The smuggler was eventually stopped in an alleyway.

Over 200 Illegal Migrants Discovered During Traffic Stops In Webb County

DPS troopers, with the assistance of U.S. Border Patrol agents, stopped two semi-trucks in Webb County. The traffic stop-and-search of the commercial vehicles resulted in the apprehension of 203 illegal migrants who were found concealed inside the box trailers without proper ventilation.