The Lamar County Democratic Party on Tuesday announced they “chose not to accept Mr. O’Connor’s resignation” after pressure from both parties for the Chairman to resign after calling Senator Tim Scott an “oreo” in a Facebook post.

“On May 4, 2021, representatives of the Lamar County, Texas Democratic Party met to consider the resignation tendered by Party Chair, Gary O’Connor. Our local Democrats have taken the last few days to reflect upon this incident. After much discussion—especially among our local Black Democrats—we chose not to accept Mr. O’Connor’s resignation,” said the party in a press release.

On Apr. 29, O’Connor shared Washington Post’s article “What the back-and-forth over America being a ‘racist country’ is actually about,’” in which he wrote on social media, “I had hoped that Scott might show some common sense, but it seems clear that he is little more than on oreo with no real principles.”

“Mr. O’Connor has written a public letter of apology to Sen. Tim Scott, and Lamar County Democrats join him in this apology.”

“This is disgusting, hateful, and completely unacceptable. O’Connor must apologize to @SenatorTimScott & step down immediately,” Abbott wrote on Twitter on Saturday. “@texasdemocrats censure him.”

“Lamar County Democrats recommit ourselves to conduct our private conversations and our public social media discussions with anti-racist, pro-reconciling attitudes and language. We strongly condemn bigotry of any kind and will continue our historic efforts to work for justice and equality for all our fellow citizens.”

Mexican Pizza back on the menu: Taco Bell’s...

RECALL: Thousands of heated blankets recalled due to...

Texas will resume grading public schools based on... 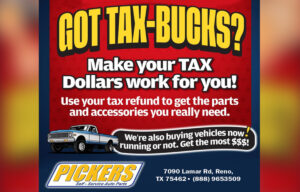