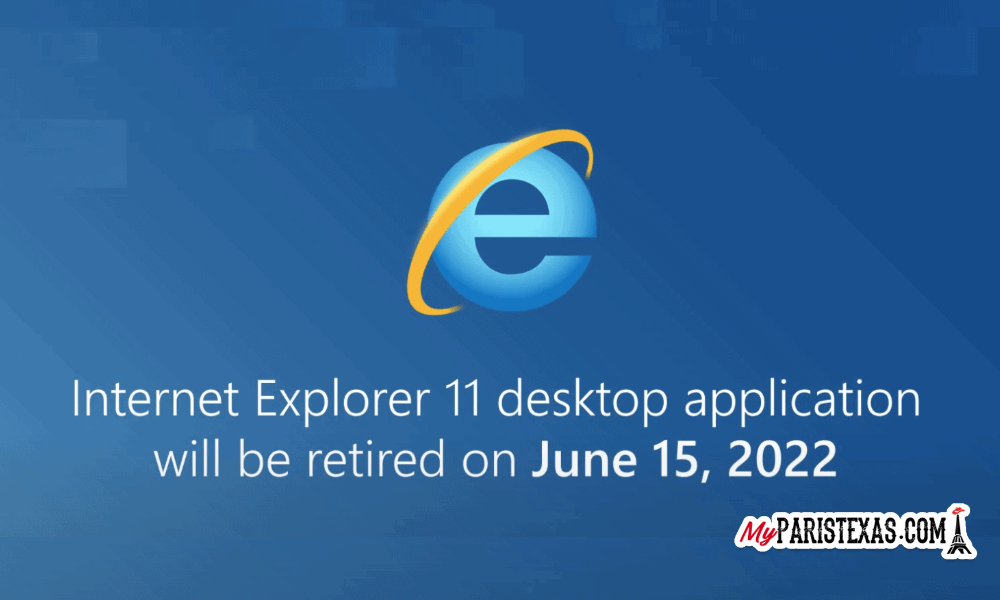 Goodbyes are always hard. But it’s time to say farewell to the “Grandpa of Browser” as Microsoft shuts down Internet Explorer today, after 27 years.

But more recently, its share of user slowed as Firefox and Google Chrome was launched and mobile phone operating systems Android and iOS not supporting browser.

Microsoft announced its plans to discontinue the web browser in May, 2021.

Now with the day upon us, many are flooding to social media to say “goodbye.”

“End of an era! Microsoft has announced to shut down Internet Explorer after 27 years of service Thanks for letting us explore the internet slowly 😀 #InternetExplorer #Microsoft“

“Goodbye #InternetExplorer, you piece of crap that I’ll always be super-nostalgic about.”

The company is encouraging users to move to Microsoft Edge, which provides support for legacy and modern websites and apps.