Bright-Holland Funeral Home has set private graveside services at Knights of Honor Cemetery in Blossom. There will not be a formal visitation, but friends may pay their respects at the funeral home through Friday.

JoAnn was born February 3, 1935 in Dallas to Robert and Vivian Shepard Head. JoAnn married George Demcy Roberson, Jr in 1952, who died in 1977. She later married Ronnie Clint Campbell in 1981; he passed away in 1997. JoAnn served for many years as the Postmaster in Blossom, Texas. She was also a long-time volunteer at the Blossom Public Library. She was preceded in death by her parents, both of her husbands, and 3 siblings, Narval Head, Ruth Cullen, and Robert Head. Survivors include 2 children, Shirley Thomas and Bobby Carl Roberson; 3 step-children, Clint Campbell, Lisa Campbell, and Laurie Caldwell; 3 grandchildren, Bryan Thomas and wife Courtney, Ashley Herron and husband Jesse, and Adrian Carter and husband Jason; and 7 great-grandchildren, Olivia Thomas, Vivian Foreman, Jude Herron, Elizabeth Carter, Kaitlin Hines, Garrett Tongson, and Kanon Tongson.

The family requests that in lieu of flowers that you may give to a charity of your choice in JoAnn’s name.

Karen A Turner of Paris, Texas 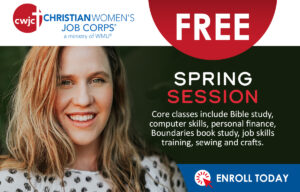