Paxton on Friday sued the Elgin, Galveston, Richardson, Round Rock, Sherman and Spring school districts for requiring students, teachers, school employees and visitors to don face coverings while on their premises, which he dubbed “unlawful political maneuvering.”

“If districts choose to spend their money on legal fees, they must do so knowing that my office is ready and willing to litigate these cases,” Paxton said in a statement. “I have full confidence that the courts will side with the law – not acts of political defiance.”

Dozens of school districts across the state have defied Abbott and issued mask mandates. It was not immediately clear late Friday why Paxton chose the six districts he sued.

The governor’s executive order bars local officials from compelling people to wear masks. Until this week, Abbott and Paxton have been on defense as several school districts, cities and counties in the state’s major metropolitan areas have sued over the order — or outright ignored it.

Some 85 school districts and six counties have instituted mask mandates of some kind in defiance of Abbott’s ban — citing the need to protect schoolchildren too young to get the vaccine amid the spread of the highly contagious delta variant of COVID-19.

The legal push-and-pull between the state’s Republican leadership and local officials has led to a patchwork of rules about mask-wearing across the state as judges uphold, revoke and reinstate the various requirements, creating confusion for Texans about whether they or their kids must wear a mask.

Abbott had called on Texas lawmakers to send him a bill that would definitively stop school officials from requiring students, teachers and other school employees to wear face coverings. But the prospect never gained steam in the Legislature.

Abbott and Paxton for weeks have threatened local governments and public schools that adopted masking rules with legal action — a threat Paxton made good on this week.

Round Rock Independent School District officials did not comment on the lawsuit, but said in a statement that the mask requirement is helping their schools stay open.

“We do work closely with both our local health authorities in Williamson and Travis counties who advise us that masks remain an essential tool in stemming the spread of COVID-19 in our classrooms,” Round Rock ISD officials said.

Spring Independent School District officials haven’t yet seen Paxton’s lawsuit, they said in a statement Friday — and only learned about it through a press release from the attorney general’s office.

“Spring ISD will let the legal process unfold and allow the courts to decide the merits of the case,” officials said.

A spokesperson for the Sherman school district said in a statement that school officials were aware of the lawsuit, but they have not received any other information.

“The district has and will continue to focus on promoting a safe and healthy learning environment for our students and staff, to include keeping its schools open and accessible for instruction as well as extracurricular activities,” the spokesperson said.

The remaining school districts did not immediately respond to requests for comment.

Abbott’s order “has the force and effect of state law and must be followed, regardless of whether local officials agree with it,” Paxton wrote in the lawsuit.

However, neither Abbott nor Paxton have the power to enforce the governor’s ban themselves, they have argued in court documents.

In addition, the Texas Education Agency isn’t requiring schools to comply with Abbott’s ban. That move so far has led the Biden administration to leave Texas out of a federal investigation into a group of states that have blocked school districts from mandating masks.

Allyson Waller contributed to this story.

Photo: A student’s school supplies on the first day of in-person classes in Texas in 2020. Credit: Shelby Tauber for The Texas Tribune

BY JOSHUA FECHTER AND BRIAN LOPEZ with Texas Tribune.

Mexican Pizza back on the menu: Taco Bell’s...

RECALL: Thousands of heated blankets recalled due to...

Texas will resume grading public schools based on... 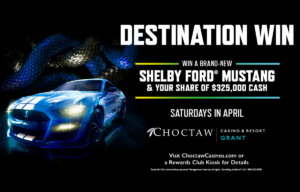