RAIN OR SHINE: Locals will now be able to dine year-round at 107 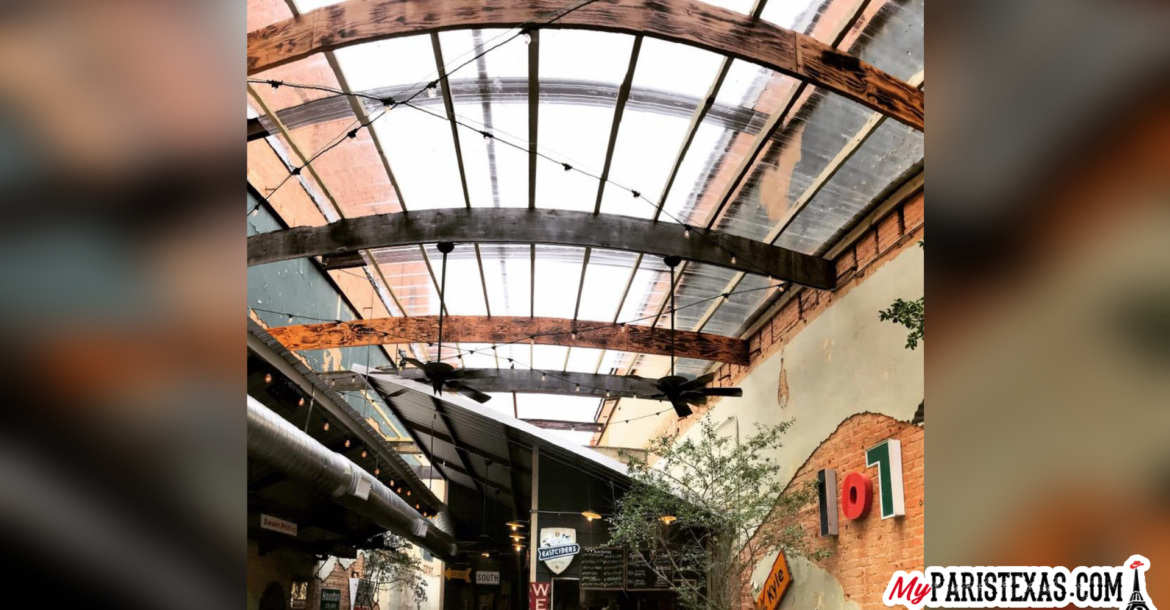 Locals will now be able to dine at 107 in downtown Paris year-round after a new, clear roof was installed last week.

The restaurant, who until now had an open roof in the historic building, said they wanted to be able to open regardless of what Mother Nature decided to do.

“We opened year-round last year but it did get a little too cold on a few days, plus the rain dampened things, so we will be in much better shape this year,” said the restaurant.

The owners specifically chose the clear panel roof as not to take away from the eclectic open-air restaurant and beer garden it is known for.

“We have something for all ages with our relaxing atmosphere and unique menu with a growing list of craft beers, old favorites, wine, and even good ole’ Coca-Cola.”

107 Grand Avenue is located right in the heart of downtown Paris, Texas. Our building was slated to be demolished when founders Sherrie and Bret Holbert spotted it and had the idea of putting a beer/wine garden/gastropub right here in Paris. Our building just needed the right vision and the right plan to put into motion what would become the coolest spot in Northeast Texas. Just a little over a year later, and a contractor who was committed to a project unlike anything he had ever done, we were off and running!

One Reply to “RAIN OR SHINE: Locals will now be able to dine year-round at 107”