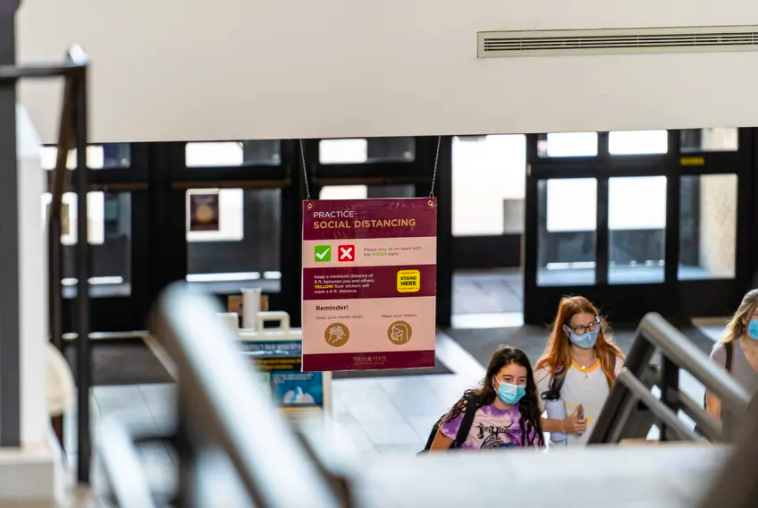 Many Texas universities — which collectively hold billions of dollars in federal contracts — are wrestling with how to navigate the Biden administration’s mandate that all federal contractors be vaccinated by Dec. 8 in a state that bans vaccine mandates.

While more public universities across the country are announcing that all employees must be vaccinated to comply with the federal requirement, several Texas public universities — all managed by Gov. Greg Abbott appointees — told The Texas Tribune they are still evaluating the executive order, which applies to new federal contracts of $250,000 or greater and awarded as of Nov. 14 or existing contracts that have been renewed as of Oct. 15.

“This is unprecedented,” said Michael LeRoy, a labor law expert at the University of Illinois College of Law. “There have been conflicts between the state and federal government, but not at this magnitude with this kind of money on the line.”

LeRoy believes the issue will be resolved in the courts because of the two conflicting issues at the center. State universities receive funding from the state and federal level but they are run by a board of regents appointed by the Texas governor.

“… [T]he White House has been clear that noncompliance will not be excused, even in situations where state law contradicts the federal directive,” University of Houston spokesperson Shawn Lindsey told the Tribune in a statement. “It’s an extremely complicated situation that requires further analysis.”

Texas Tech University is working with its lawyers to determine if there are contracts that would trigger the vaccination requirement, school officials said in a statement. Texas Tech is also requesting guidance from the Texas attorney general’s office.

A Texas A&M University System spokesperson said they are also still evaluating the order. The A&M system has about 500 contracts with the federal government worth $2 billion, most of which are tied to the flagship university in College Station.

A statement from the University of Texas System revealed how universities are trying to appease both federal and state leaders.

“We will endeavor to comply with federal vaccine requirements for specific, covered individuals to protect these investments in our state,” spokesperson Karen Adler said in a statement. She then went on to say the system would provide exemptions for those with religious beliefs and “we will make every effort to accommodate employees’ personal situations.”

Adler did not immediately respond to follow-up questions clarifying if the university will require all employees to be vaccinated. President Joe Biden’s executive order already allows for exemptions for disability or religious beliefs.

Baylor University, Texas State University and Southern Methodist University, which have received federal contracts as recently as 2018, according to a federal website tracking public money given to universities, did not immediately respond to requests for comment on Friday.

“The Biden Administration left Texans in the impossible position of having to choose between providing for their families or being fired for not getting the COVID vaccine because of their religious belief, medical condition, or personal conscience,” Renae Eze, a spokesperson for the governor, said in a statement. “And they left employers with the unfair choice of either violating federal regulations or losing their valued employees. Having spent his entire time in office fighting for the rights and freedoms of all Texans, the Governor will not abandon Texans worried about putting food on the table, and our office continues working with the Office of the Attorney General to do just that.”

“KU participates in millions of dollars in federal contracts that fund research, employment and educational efforts — all of which are at risk if we are not aligned with the executive order,” Chancellor Douglas Girod wrote in a letter Friday. “For this reason, we cannot be flexible with employees who choose not to comply with the vaccine requirement.”

More than 1,000 public and private colleges and universities across the country have required vaccines of at least some students or employees, according to The Chronicle of Higher Education.

According to Sept. 24 guidance released by the Biden administration, those who are included in the order are broad, including employees who work in human resources, billing, legal review and perform work “in connection with a Federal Government contract” must be vaccinated.

BY KATE MCGEE with Texas Tribune.