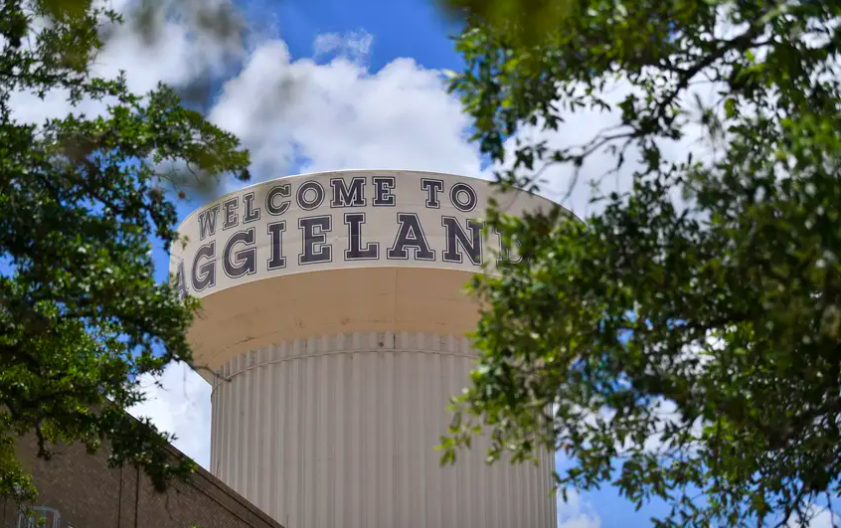 Universities across Texas and nationwide are seeing an increase in online cheating since the start of the pandemic, as students take more virtual courses and test remotely with less supervision.

An already unusual fall semester was wrapping up when Texas A&M University officials sent out an email in early December to the hundreds of students in an online finance class that set off a panic.

Faculty reported concerns of cheating “on a very large scale” to the Aggie Honor System Office after they noticed some students in the class answered online test questions too quickly. Later, faculty discovered entire exams posted on a “homework help” website that has become synonymous with cheating.

University officials told guilty students to self-report by 5 p.m. on Dec. 8. If they didn’t come forward but were found in violation of the academic honor code, they could face suspension or expulsion.

“If you engaged in this behavior, I would like to encourage you in the strongest way to reclaim your personal integrity,” said Timothy Powers, director of the Aggie Honor System Office, in the email to students.

University officials at Texas A&M and experts elsewhere said academic misconduct cases have increased during the pandemic as remote courses and online assignments create more opportunities for students to push the limits.

“Instead of taking an assessment in class where the teacher is watching you, you are at your computer not being watched,” said Rachel Davenport, a lecturer at Texas State and vice chair of the Honor Code Council, which reviews academic misconduct cases. “The opportunity has just increased dramatically to use online sources.”

In the case at Texas A&M, students interviewed by The Texas Tribune said they used a website called Chegg to access answers on assignments. The website started years ago for textbook rentals and has since expanded to include online tutoring. For a monthly fee, students can submit questions that someone around the world will answer within a few hours. While critics said the site can be helpful for students seeking tutoring, they argue many students are misusing it to pass off another person’s work as their own.

According to Powers’ email, Texas A&M’s online learning platform, Canvas, tracks how long test questions are displayed on a student’s screen. He said there are “hundreds of examples” where students answered a question faster than it would take to read it.

Powers said in the email ”many, many” students in the finance class had already admitted to either posting questions online so someone else could answer them or searching for already answered questions to complete assignments and tests.

Complaints about the tutoring website from university administrators are widespread. This spring, Georgia Tech University took action against students in a physics class suspected of using Chegg to cheat. Boston University also investigated students in some science classes for inappropriately using Chegg.

In a statement, a Chegg spokesperson said they support academic integrity.

“At Chegg, we believe that expertise and experience is important to actually retain knowledge and apply it in whatever field students seek upon graduation, so we ask students to stick to our Honor Code,” said spokesperson Devonya Batiste.

According to its honor code, Chegg prohibits cheating and will share user information and activity with universities if they suspect foul play.

Batiste would not say whether Texas A&M requested student activity regarding the finance class. Texas A&M would not discuss details of the investigation, including how many students self-reported the cheating. Neither of the two doctorate students who taught the class responded to a request for comment.

Earlier this fall, the International Center for Academic Integrity, an organization that provides resources and trainings to combat cheating in higher education, released a statement condemning the use of third parties to complete assignments, known as contract cheating, which they said appears to be growing during the pandemic.

“Far from being a benign problem, contract cheating has implications for credibility of academic degrees, institutional accreditation and for society as a whole, as the students who engage in contract cheating graduate, enter the workforce, and move into leadership positions,” the statement said.

Texas A&M’s honor code reads: “An Aggie does not lie, cheat or steal or tolerate those who do.” The refrain is ingrained in students starting at freshman orientation.

Some students who self-reported cheating to the university said the stress of the ongoing pandemic and the shift to more virtual classes made it more difficult to find study partners or connect with professors in person for help. Those factors contributed to their decision to create an account on Chegg.

“The culmination of the pandemic and its effect on learning, the assignments being open-note and the ease of access to Chegg made the decision to use outside help a lot easier for most students,” a junior in the class told the Tribune via email. The student self-reported and asked not to be named because of fear of hurting his future job prospects.

The junior said he started using Chegg to help him with homework because he was struggling with the course material and the online format. Then, he saw exact questions from Chegg appear on a quiz.

“The moment I realized actual exam questions were on Chegg, I should’ve canceled my account,” he said.

While students were allowed to use their notes and textbook during quizzes and tests throughout the semester, it’s against policy to access and review test questions before an assessment.

In a letter submitted to the university as part of its investigation, a different unnamed student said professors should have provided more explicit communication about what is acceptable given that many of them were taking a variety of online, hybrid and in-person courses.

“Using the internet in an attempt to help a student figure out how to solve certain problems, not specifically to give them the answer, was a gray area throughout the course,” the student wrote. “When the professor did not ever talk about this gray area and did not monitor the suspicious activity from the beginning, this shaped the general understanding that students held as the course progressed.”

Academic integrity experts said providing proactive reminders about what is acceptable helps deter students from cheating. But, they said, common sense should dictate to students when their behavior is considered cheating.

“There’s a difference between students using online tools to prepare themselves and learn about things,” Powers said. “It’s completely different for a student to walk into an exam and have seen the identical questions with the identical multiple choice answers before. That should be different and… they should realize this is inappropriate.”

Even before the pandemic, online resources such as GroupMe, a group messaging app, were creating more opportunities for students to cheat. Last year, 70 students at the University of Texas at Austin were disciplined because students shared information about an upcoming test after the professor had prohibited the use of the messaging app.

This fall, some professors at Texas Tech University in Lubbock also saw evidence of cheating through GroupMe, according to emails obtained by the Tribune. In November, the provost’s office recommended making final exams available 24 hours before they were due. But this past weekend, multiple professors shared with administrators that they disagreed with that recommendation, arguing it allows students to collaborate or use online help.

Eko said he saw instances of cheating in his Media Law class. At least 25 students answered a question with an obscure incorrect answer not included in his lecture or the textbook.

“Minutes after a test or exam begins, some students post it and discuss it with their peers on GroupMe,” Eko wrote. “Some students wait for the answers there before they start to take the exam.”

Eko said a student alerted him of the GroupMe account. In the spring, he plans to explicitly tell students that sharing information on GroupMe counts as academic dishonesty.

Texas Tech administrators also suggested that faculty use an online proctoring tool called Proctorio, which prompts students to turn on their microphone and camera so professors can monitor them during an exam. But multiple professors said they felt Proctorio was an invasion of privacy. Students across the country have voiced similar concerns.

Davenport said there are other ways professors can mitigate cheating. She advises professors to search for their questions online to see if they’ve been posted, to create a large bank of questions so students aren’t all taking identical tests and to provide flexibility with deadlines so students don’t feel pressured to cheat.

She said many students are more digitally savvy than their professors, especially those who never taught an online course before the pandemic. When courses shifted online rapidly in the spring, preventing cheating wasn’t a top priority.

“Many of them are learning, ‘what even is Chegg?’” she said. “They’re trying to catch up with so many other things that that kind of took a back seat.”

Chegg isn’t the only problem site out there. As soon as some professors get a handle on one website, a similar one pops up. Davenport said there’s even websites where students can pay someone to take their entire online class for them.

Two Aggie students who spoke to the Tribune and self-reported their misconduct received failing grades for the class and have been placed on academic probation until they complete an academic integrity program. They are also barred from graduating with honors.

Texas A&M administrators said that as of Dec. 14, no students had been suspended or expelled, but it could take as long as a month to navigate that process, not including winter break. Students can also appeal if they believe the punishment was too harsh.

One Aggie senior who said he self-reported and received an F in the class said he’s relieved he wasn’t expelled. He also asked not to be named for fear of repercussions for speaking out against the university. He thinks the university should reflect on the way the course is offered for future semesters.

“I’m not going to agree with what we did, but at the same time the way they handled it wasn’t entirely fair,” he said, arguing the professors should have caught this earlier if it was such a widespread issue. “I think they should really question the professors because of the fact that so many people did this in such a large class. There’s something questionable there.”

BY KATE MCGEE with Texas Tribune.

Photo: The Texas A&M honor code says, “an Aggie does not lie, cheat or steal or tolerate those who do.” But officials are investigating a ‘large scale’ cheating case in a finance class this fall as universities across the country see an increase in cheating in remote classes. Credit: Allie Goulding/The Texas Tribune