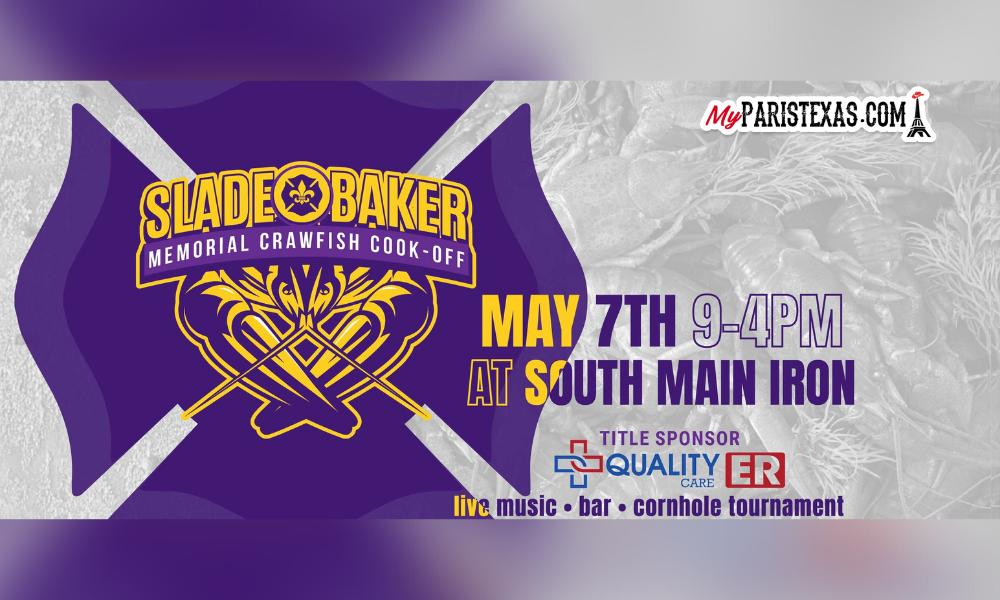 Baker was described as a people person whose greatest priorities in life were family, fun and fitness. Fellow Paris Fire Department firefighters have said Baker was the life of any group, someone “you could call and he’d be there at the drop of a hat.”

“Come hungry. Teams will be firing it up and slinging mudbugs all day – while supplies last!”

Prices for the Slade Baker Memorial Crawfish Cook-Off and Cornhole Tournament are:

The Trophy Sponsor is Load Trail.

Money raised from the crawfish cook-off and corn hole tournament will go toward the Slade Baker Memorial Scholarship, which is awarded to any Lamar County resident who plans to further their education in the fire service.