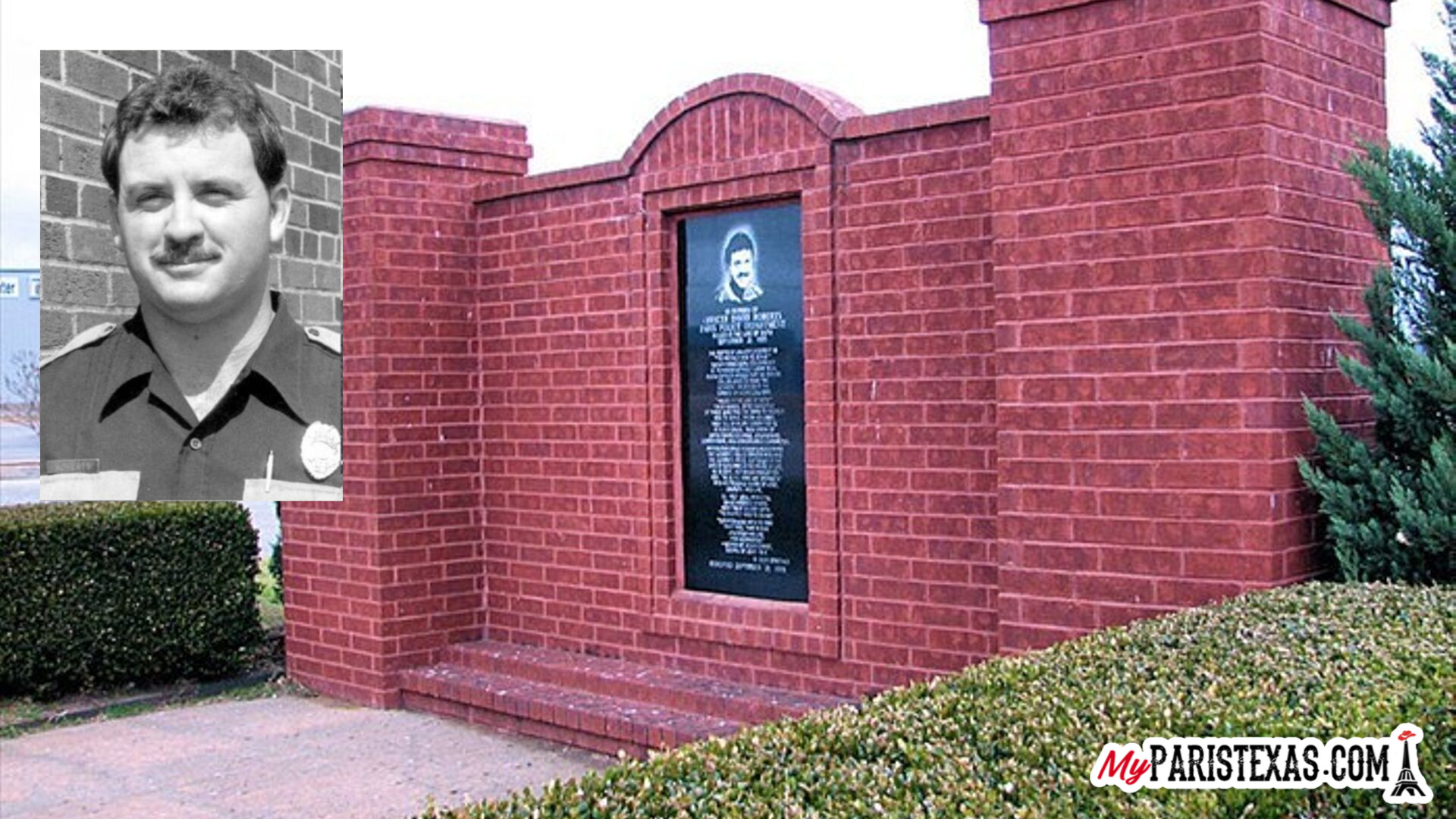 On Sept. 21, 1985, Paris Police Officer David Roberts was killed in the line of duty.

Roberts was just 23-years old when he paid the ultimate sacrifice; a sacrifice that still weighs on the hearts of many in Paris, Texas to this day.

“In the entire police department, there are only three officers and two civilian employees who were here when David was killed,” said retired Paris Police Chief Bob Hundley. “36-years is a long time, but it doesn’t diminish the pain of that day or the ability to understand the importance of remembering David and what he stood for.”

The Paris Police Department said Roberts had stopped a vehicle on N. Main that matched the description of one just used in an armed robbery of a local store. While calling out his location on the patrol car radio, a suspect jumped from the stopped vehicle and shot into the windshield of the patrol car striking Roberts in the neck. As he tried to exit the police car through the passenger side door, the suspect ran to the driver’s side window and shot him several more times in the back.

Roberts came to work that morning not knowing that in a little over three hours he would be dead. No officer in shift briefing that morning knew of the horrors to come. It’s called the unknown.

At the time of his death, Roberts had been married less than a year, and his wife, Pam Tuttle was expecting their first child.

“I had just gotten off work at the hospital and I had fallen asleep on the couch, and dispatch called and told me he had been in an accident,” Pam Tuttle told KXII in 2016.

“Still to this day, I hear new [stories] just from people that I meet on the street that I’ve never seen in my life, stop me and tell me how great of a guy he was,” said David Roberts Jr., who was born five months after his father was killed.

Police officers and their families do not dwell on the unknown. These men and women volunteered and sought employment to put themselves between good and evil, to help and to provide service. There are failures, but very few. No officer signs up to be killed.

On this day we remember and honor Officer Roberts.