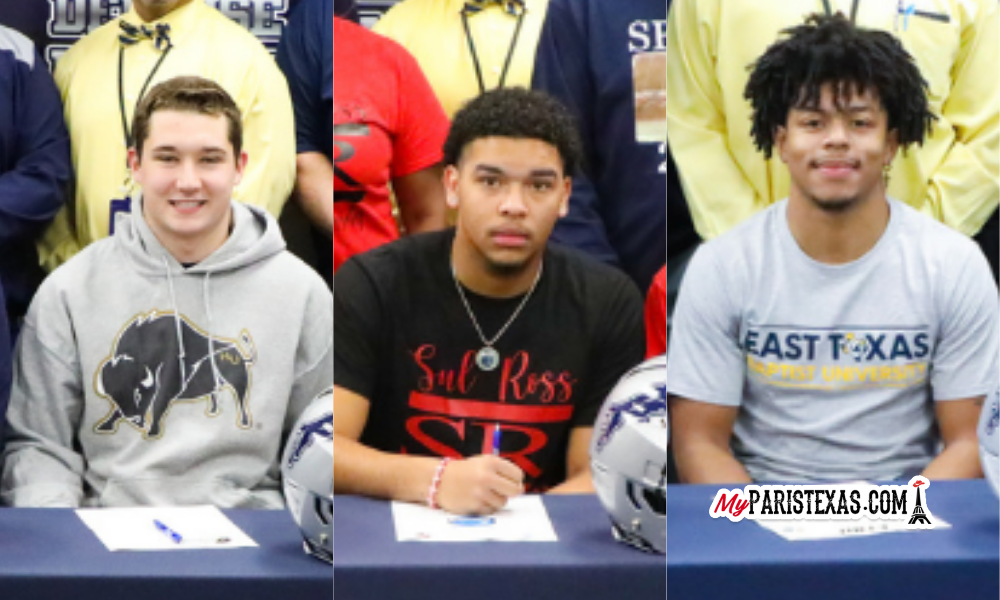 The three young men who plan to take their knowledge and skills to the next level include:

National Signing Day is a day in which athletes who have verbal offers from college coaches will make their athletic scholarships official by signing their National Letter of Intent.