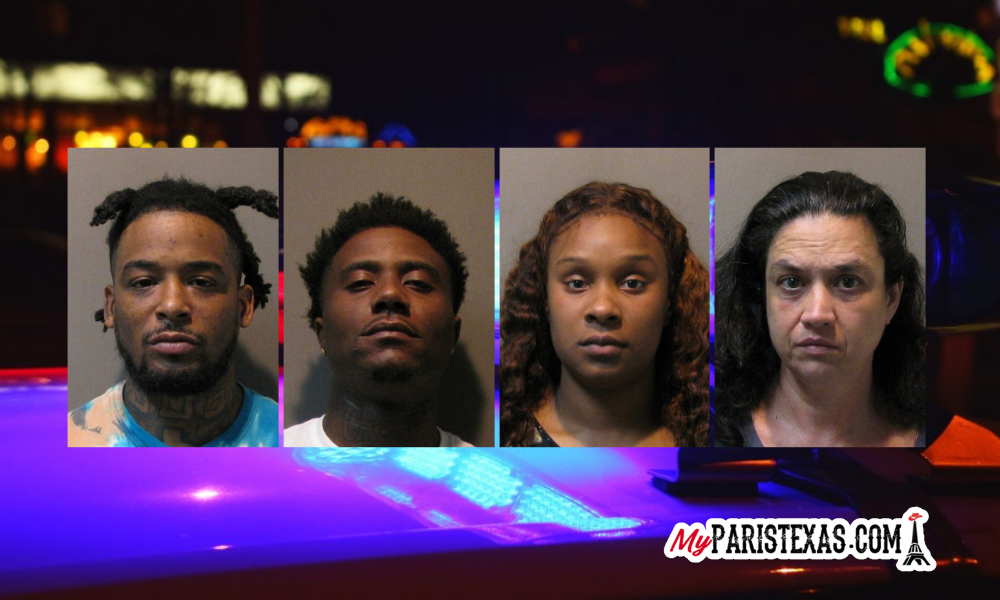 Paris Police executed a search warrant on a residence in the 1800 block of W Henderson St at 9:35 A.M. on March 24, 2021. Xavier Desjuan Hall, 30, was found to have an outstanding parole violation warrant on an aggravated robbery conviction. Hall was found to be in possession of two firearms and marijuana. Hall was arrested and later placed in the Lamar County Jail.

Brandon Demond Kennon Barry, 31, of Paris, was arrested at his residence in the 200 block of Stone Ave on a felony warrant charging him with manufacturing or delivering a controlled substance of more than 200 grams but less than 400 grams.

Paris Police executed a search warrant of his residence at 9:40 A.M. on March 24, 2021 due to an ongoing investigation and found Barry in possession of dangerous prescription drugs, marijuana, and a handgun. Barry is a convicted felon and is not allowed to possess a firearm. Also arrested at the residence was 27 year old Zakoya Tajreonia Flowers. Flowers was charged with possession of a controlled substance, possession of dangerous drugs and possession of marijuana. Flowers and Barry were later transferred to the Lamar County Jail.

At 12:25 A.M. on March 25, 2021, Paris Police arrested Amy Denise Reaves, 48, of Paris at her residence after officers responded to a disturbance. It was reported that during an argument, Reaves threw a kitchen knife at her husband. Reaves was later placed in the Lamar County Jail.

Paris Police responded to 56 calls for service and arrested 5 persons on March 24, 2021.