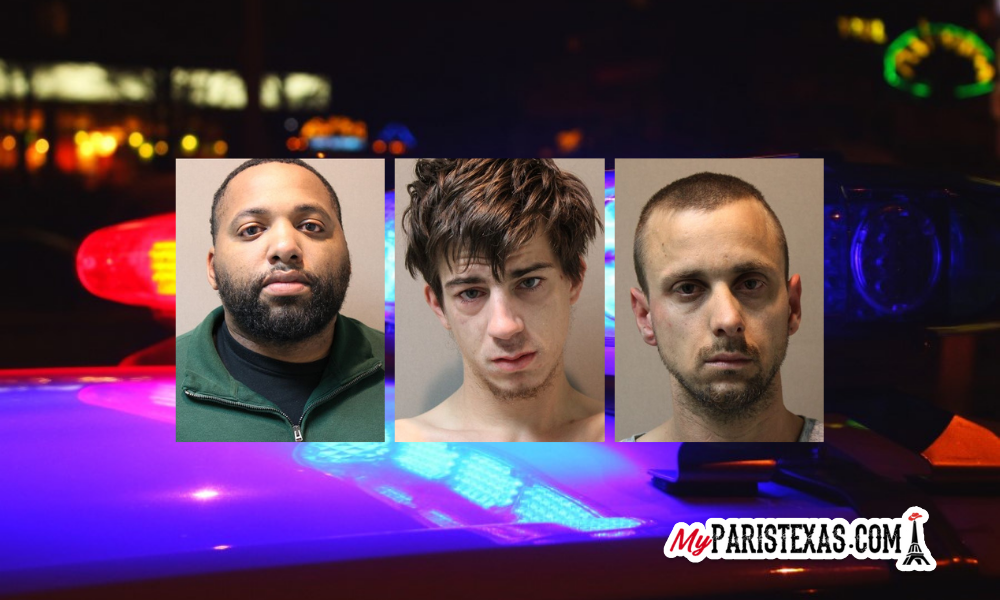 Paris Police responded to a disturbance in the 4700 block of Eastgate Dr at 3:55 P.M. on March 18, 2022. It was reported that a 37 year old female had been choked during an argument. The suspect was not at the scene at that time but later returned and was arrested. 30 year old Deontre Dwyne Baldwin, of Paris, was charged with assault of a family or household member by impeding breathing. Baldwin was later transferred to the Lamar County Jail.

Paris Police responded to a disturbance in the 400 block of Grand Ave at 5:07 P.M. on March 19, 2022. It was reported that 24 year old Coty Wayne Taylor, of Paris, had threatened a female with a large knife. Taylor was located on the property with the knife and placed under arrest. Taylor was charged with aggravated assault with a deadly weapon in retaliation. Taylor was found to be in possession of cocaine and additionally charged with possession of a controlled substance of more than 1 gram. He was also found to have numerous outstanding warrants. Taylor was booked and placed in the city jail awaiting transfer to the Lamar County Jail.

While performing a security check in the 500 block of Bonham St at 8:39 P.M. on March 19, 2022, the officer observed 34 year old Jacob Wayne Wilson, of Paris, on the property. The property is supposed to be vacant. Wilson was detained and found to be in possession of a methamphetamine pipe that had a usable amount of methamphetamine inside it. Wilson was arrested and charged with possession of a controlled substance. He was found to also have outstanding Municipal Court warrants. He is awaiting transfer to the Lamar County Jail.

At 10:20 P.M. on March 19, 2022, Paris Police met with the three juvenile victims of an aggravated assault where they reported that someone had shot their vehicle with an orbeez gun. They explained that an orbeez gun is similar to a paintball gun. They reported that while at the Civic Center basketball courts, several Hispanic males had pointed the guns at them. They left the immediate area and noticed later that the Hispanic males were attempting to block them from leaving the Civic Center. The victims drove past the Hispanic males and the Hispanic male started following them in a white SUV type vehicle. The Hispanic male then shot at and broke the back window of the victim’s vehicle. No one was injured in the incident and the investigation continues.

Paris Police responded to a disturbance in the 500 block of SE 13th St where the driver of a black Suburban was waving a gun. Officers located a black Suburban in the 400 block of SE 14th St and stopped the vehicle in the 1300 block of Clarksville for displaying an expired registration. The driver, 33 year old Jeremy Ryan Moore, of Bogata, Texas, was found to be in possession of methamphetamine and other pills that he did not have a prescription for. After Moore was arrested and placed in the back seat of the patrol vehicle, he slid his hand out of the handcuffs and removed more narcotics from his boot and destroyed the narcotics. Moore was charged with possession of a controlled substance of more than 1 gram (methamphetamine), tampering with evidence, resisting arrest (by removing the handcuffs), and 2 misdemeanor counts of possession of drugs. Moore was placed in the city jail awaiting transfer to the Lamar County Jail. (NOTE: No mugshot at this time.)

Paris Police responded to 232 calls for service and arrested 6 persons over the weekend ending at midnight on March 20, 2022