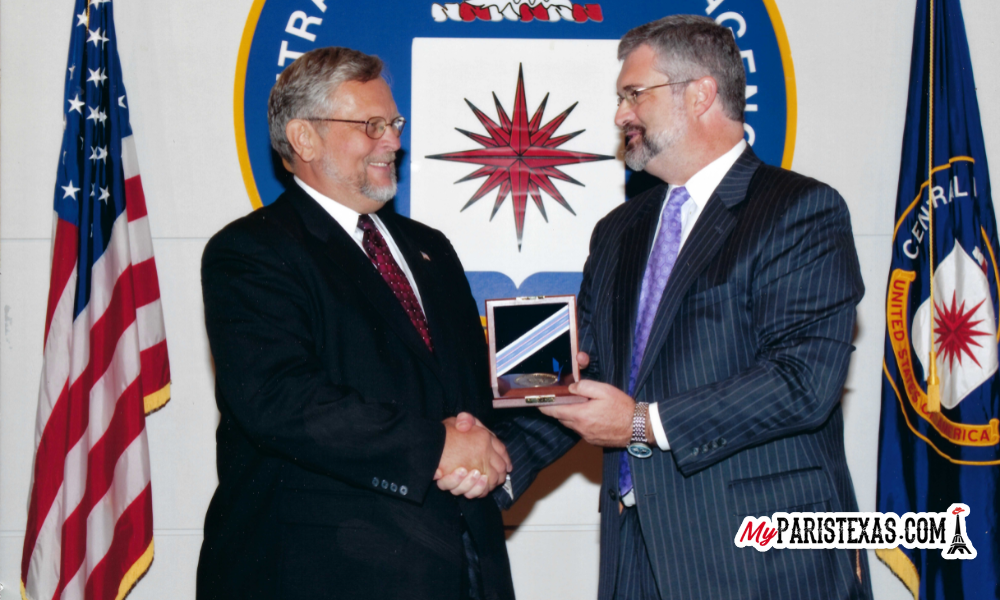 DuWayne Lee Wirta is a 1966 graduate of Paris High School. He distinguished himself with a 37-year career from 1973 – 2010 with the Central Intelligence Agency (CIA). This career allowed him the opportunity to travel the world, to live in four major cities overseas, and see and participate in the world of Espionage.

While with the CIA, Wirta was awarded 30 plus Exceptional Performance Awards and multiple Suggestion Awards. In 2006 Wirta was promoted to and joined the Senior Intelligence Service (SIS). He retired from the CIA in 2010 at SIS-3, a mandatory retirement upon reaching 60 years of age. Upon retirement, he was awarded the Distinguished Career Intelligence Medal (DCIM), which resulted from the development of unique capability and teams that provides for the collection of critical intelligence unavailable by other means.

In 2011 Wirta was inducted into the Alumni Hall of Honor at Paris Junior College. From 2010 – 2016 Wirta worked as a consultant for Wirta Consulting LLC and then Honeywell International. Today he is enjoying his retirement with his wife Linda in Hertford, North Carolina.

You can read the complete biography for DuWayne Lee Wirta by clicking his name on our district website at https://www.parisisd.net/70947_2.