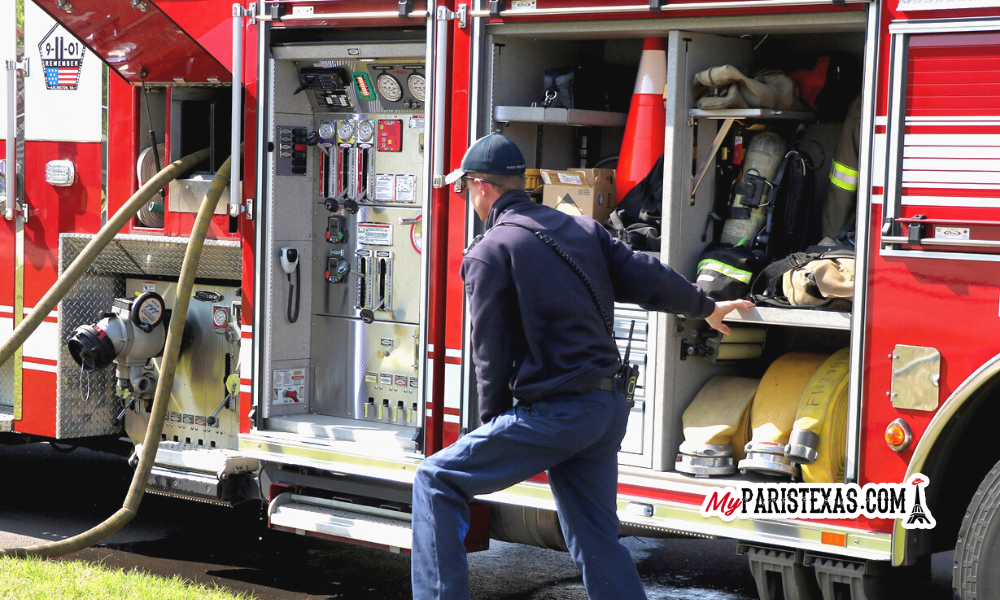 A life was saved early Thursday morning when Paris Fire Department was dispatched to a structure fire and crews pulled them from the home.

“Paris firefighters work and train hard so they’re prepared to help our citizens during the worst of situations,” said Paris Fire Department Chief Thomas McMonigle. “This morning’s rescue is the product of their bravery, dedication, and preparation to do just that. I’m very proud of all who were involved. Paris is blessed to have them, and I’m blessed to be a small part of such a great group of people.”

At about 2 a.m. earlier today, Paris Fire Department responded to a structure fire in the 600 block of S.E. 5th Street with one person outside, where heavy smoke was showing from the home and another still inside. While they extinguished the fire, crews found the person inside a room filled with heavy smoke and pulled them to safety. The two occupants of the home were placed on oxygen and Paris EMS further cared for them.

“They did a great job and that’s what we train for,” said Paris Fire Department Assistant Chief Bob Rast. “It definitely shows they were more than prepared to do what needed to be done and got them to safety as quickly as possible.”

The stove fire in the kitchen, which spread into the cabinets above, was located and extinguished.

According to Paris Fire Department, both occupants – possibly with smoke inhalation – were transported to Paris Regional Medical Center by Paris EMS.

Crews were on the scene for about an hour and 20 minutes.