PFD extinguishes flames in the midst of Monday night storm 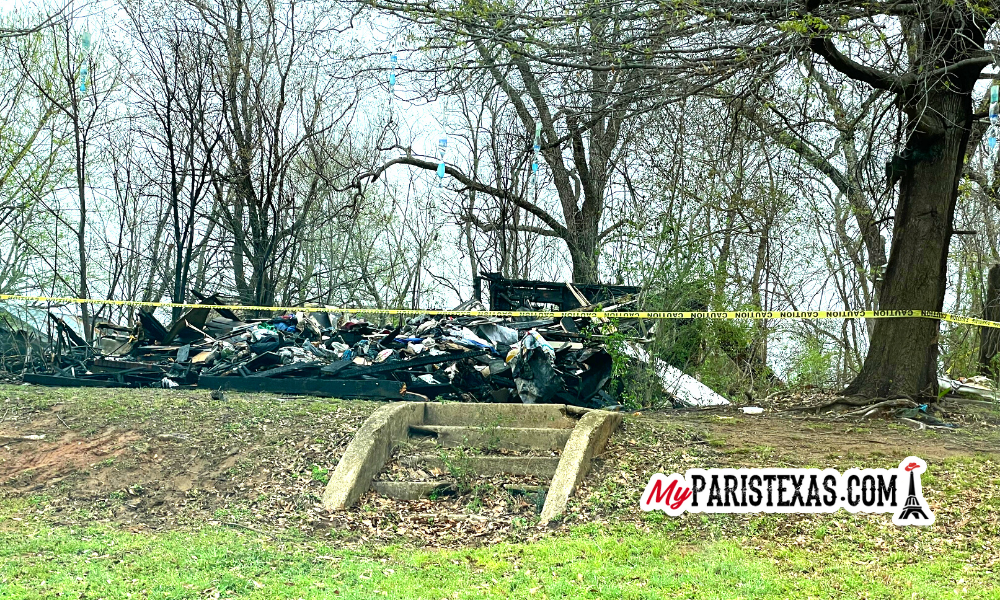 While the storm raged on in Paris’ city limits and a Tornado watch was in place until 2 a.m., Paris Fire Department was battling a blaze that fully engulfed a home for four hours late Monday night.

Dispatched to 738 W. Cherry Street at 10:02 p.m. on Monday, April 4, Paris Fire Department found a single-story, wood-frame home heavily involved “throughout the entire structure,” and the roof already burned off of most of the structure.

When the main body of the fire was out, the Public Works Department brought in a backhoe to help dig out some of the areas in the structure to extinguish more of the flames and helps with the structure’s instability.

“It appeared the on the B-side (West) of the structure could possibly collapse and strike the structure to the West,” according to Paris Fire Department.

Fire crews cleared the scene and were back in service at 2:04 a.m.