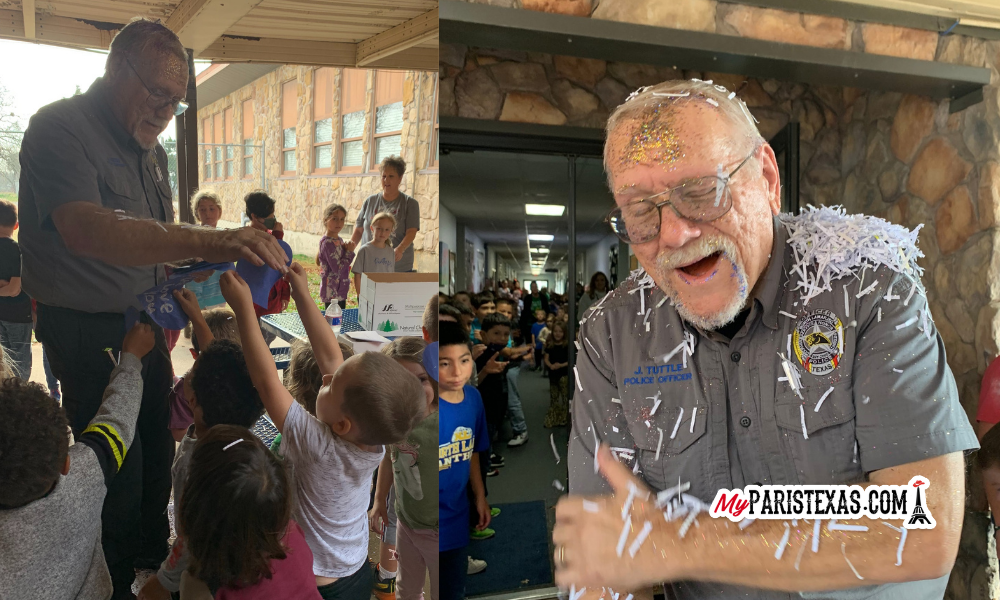 North Lamar Police Department Officer Joe Tuttle celebrated his 40th anniversary as a peace officer on Friday with a surprise reception at Aaron Parker Elementary on Friday.  Also known as “Jolene” or “Officer Pappaw,” Joe has become a beloved member of the Aaron Parker family.

At Parker, Joe can often be found going above and beyond to serve the teachers and students.  From answering the phone to working the doors to helping students out of the car in the morning, to even helping the teachers hang items in their classrooms, Joe’s calm presence has become something the teachers at Parker look forward to seeing every day.