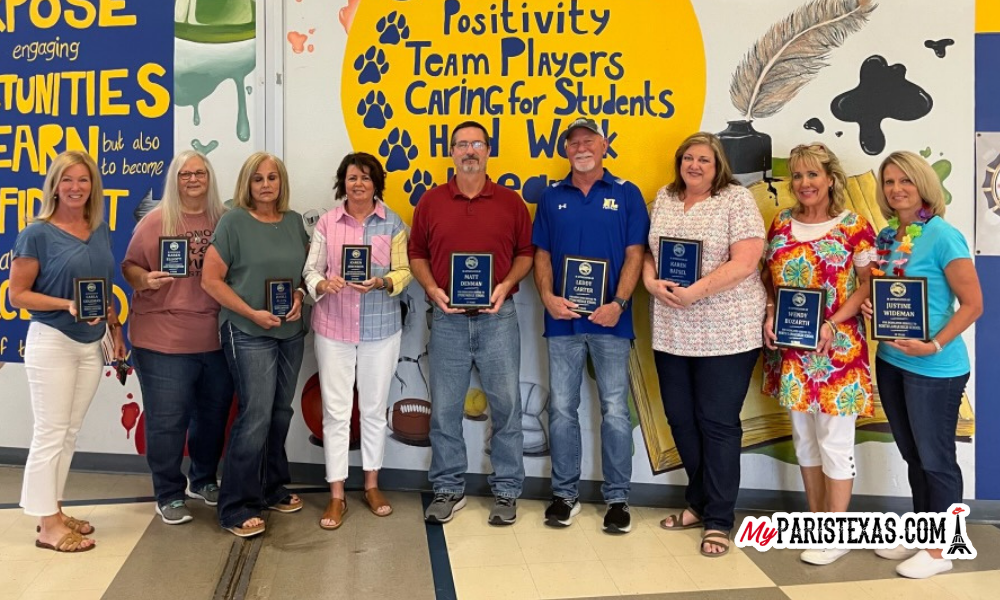 An appreciation celebration for North Lamar ISD employees was held Friday morning to recognize those who make a difference to students and co-workers throughout the year. Superintendent Kelli Stewart and district administrators recognized employees for their years of service to the district, honored those retiring, and presented special awards to those who have gone above and beyond assisting students and colleagues.

Others named as Teacher of the Year for their campus were Julie Laughlin at Stone Middle School, Maureen Gordon at Bailey Intermediate, Melissa Albus at Everett Elementary, and Ali Cannada at Higgins Elementary.

Recipients of the district’s special awards were NL Police Officer Joe Tuttle for Auxiliary of the Year, NLHS counselor Shannon Ausmus for Support Staff of the Year, Bailey attendance clerk Lacey Jordan for Paraprofessional of the Year, and Special Education teacher Barbara Uselton for Special Educator of the Year.