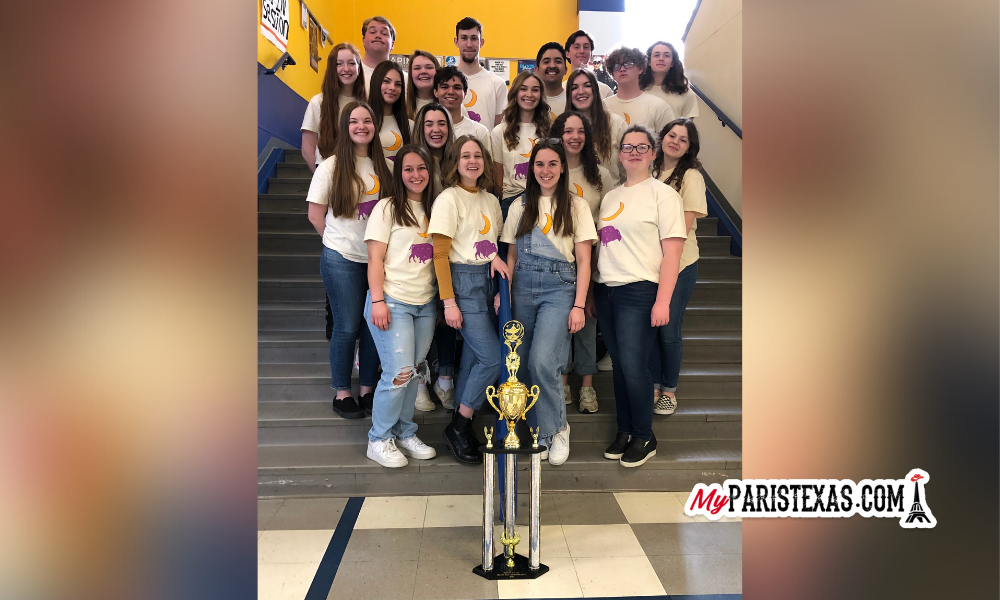 North Lamar High School’s One Act Play, scenes from Moon Over Buffalo, was awarded the Area championship on Thursday, March 31, 2022.

The company will move on to the regional level on April 22, 2022, where they will compete against the top 3 plays advancing from each area in Region 2-4A, including Sunnyvale, Brownsboro, Melissa, Gainesville and Midlothian.