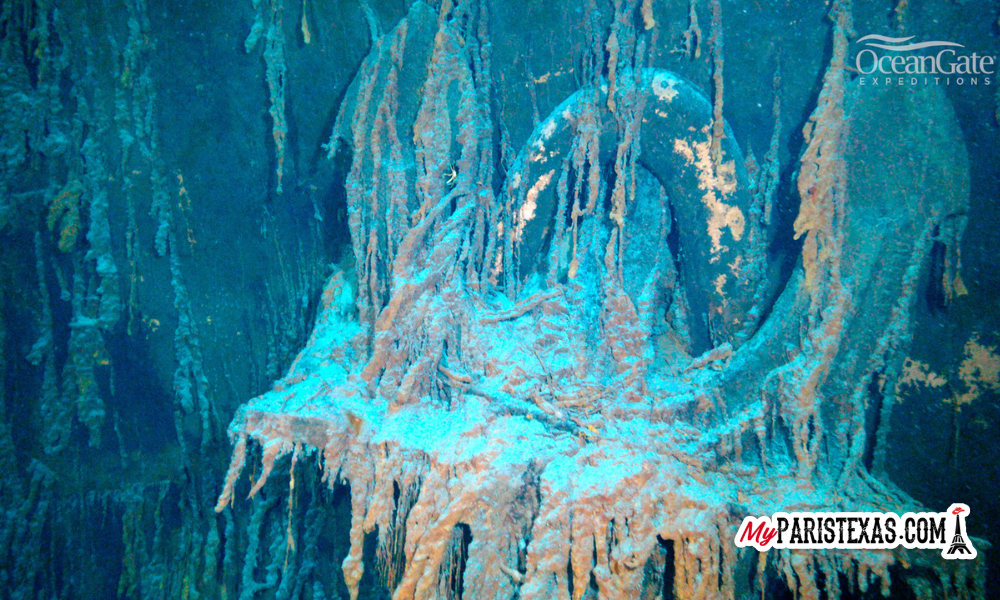 The crew of the 2022 Titanic Expedition succeeded in capturing unprecedented 8k footage of the Titanic exposing an astonishing level of detail and colors.

“The amazing detail in the 8k footage will help our team of scientists and maritime archaeologists characterize the decay of the Titanic more precisely as we capture new footage in 2023 and beyond. Capturing this 8K footage will allow us to zoom in and still have 4K quality which is key for large screen and immersive video projects. Even more remarkable are the phenomenal colors in this footage,” says Stockton Rush, President, OceanGate Expeditions.

Rory Golden, an OceanGate Expeditions Titanic Expert and veteran Titanic diver, explained the team is now seeing new details in this footage like the name of the anchor maker, Noah Hingley & Sons Ltd.,  on the portside anchor.

“I’ve been studying the wreck for decades and have completed multiple dives, and I can’t recall seeing any other image showing this level of detail. It is exciting that, after so many years, we may have discovered a new detail that wasn’t as obvious with previous generations of camera technologies,” he said.

This first-of-its-kind footage provides scenes of Titanic’s renowned bow, the portside anchor, hull number one, an enormous anchor chain (each link weighs approximately 200 pounds or nearly 91 kilograms), the number one cargo hold, and solid bronze capstans. Also captured is dramatic evidence of decay where some of the Titanic’s rail has collapsed and fallen away from the ship.

See the footage below or read more here